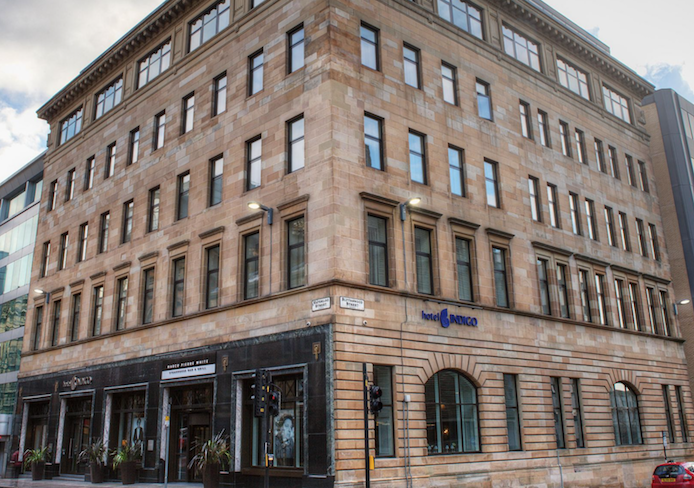 The transaction includes the sale of the freehold (in Scotland ‘Heritable’) interest in the hotel to a Ground Rent Fund and the long leasehold interest to Heeton, which has acquired the trading business and goodwill of the hotel.

There has been little precedent in structuring hotel sales in this way, but Maven has split these two interests in the hotel to drive additional value for its investors.

Ramsay Duff, investment director at Maven, said: “This historical landmark building is located in the heart of one of the UK’s most vibrant and cosmopolitan cities.

“Maven has a strong commitment to Glasgow, with our headquarters here and with two other hotels including our recently opened ibis Styles Glasgow Centre West.

“The city remains one of the best performing hotel market in the UK, however there have been relatively few hotel transactions in the city and it has been gratifying to see the level of interest in the Indigo.

“We are delighted to have completed the sale, which has delivered attractive returns for investors, in part by the way we structured the transaction.

“The hotel was one of the very first developments to be funded utilising Business Premises Renovation Allowance and it is very satisfying to see it having come right through the entire process; from its original redevelopment, subsequent years of successful trading, and its ultimate sale.”

The four-star hotel in Waterloo Street has 94 bedrooms and is within the International Financial Services District.

It was originally built as Glasgow’s first power station and was converted into the hotel from previous office use in 2010. The hotel has a Marco Pierre White Steakhouse Bar & Grill restaurant, cocktail bar and guest gym.