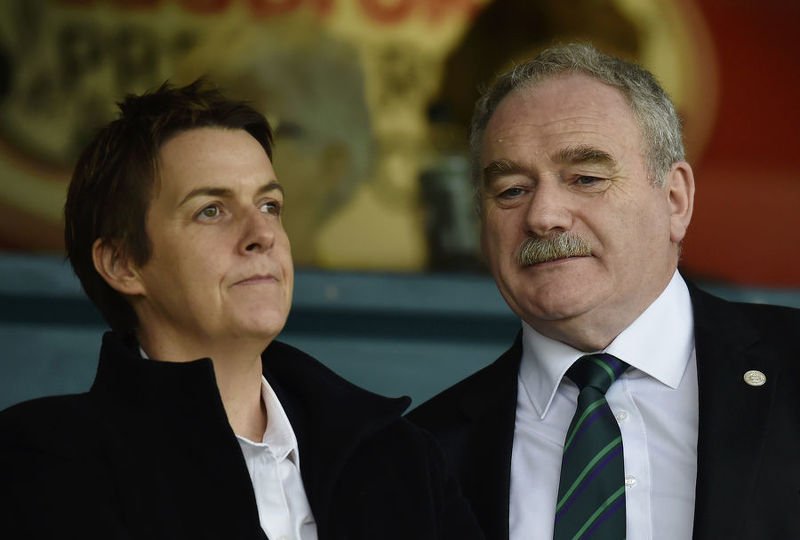 Hibs’ impressive return to the Scottish Premiership has seen the club report a pre-tax profit of £200,000 for the year ended 30 June.

The positive result in the club’s finances followed a fourth-place finish on the club’s first season back in the top flight after three years in the Championship.

The increase arose mainly because of the rise in season ticket renewals for season 2018-19 prior to the end of the financial year.

There are now over 13,600 season ticket holders for the 15,000 or so seats available to home supporters at Easter Road.  An average attendance of 18,500 is the highest for several years.

In his letter to shareholders, chairman Rod Petrie said: “Most commentators would say that season 2017-18 was an encouraging season for the club. And Season 2018-19 started brightly, with three rounds in the UEFA Europa League.

“The audited financial statements make good reading. Sporting success with the increased prize money available in the Scottish Premiership improved all the numbers. And it confirmed what we said in previous years, that the club could break even in the Premiership.”

“I would like to thank everyone who has bought season tickets and helped the club in such a real and tangible way.   This enables the club to plan with confidence for the season ahead.”

The figures do not include the sale of John McGinn to Aston Villa, with Mr Petrie adding: “The transaction happened after the financial year end and benefits the 2018-19 accounts so there is no impact in the financial statements for the year ended 30 June 2018.

“The departure of the player was not unexpected and the executive team is to be congratulated – not only for securing appropriate value for the player but also for the work done to achieve the summer signings which have seen a number of full international players join the club.

“The Club owns Easter Road Stadium and the Hibernian Training Centre in East Lothian. It has a robust balance sheet with no bank debt.

“Recent sporting and financial success has been achieved by everyone working together to build a strong and vibrant club. We are well placed to continue to strive for success in the future, not just for today but for the benefit of generations to come.”