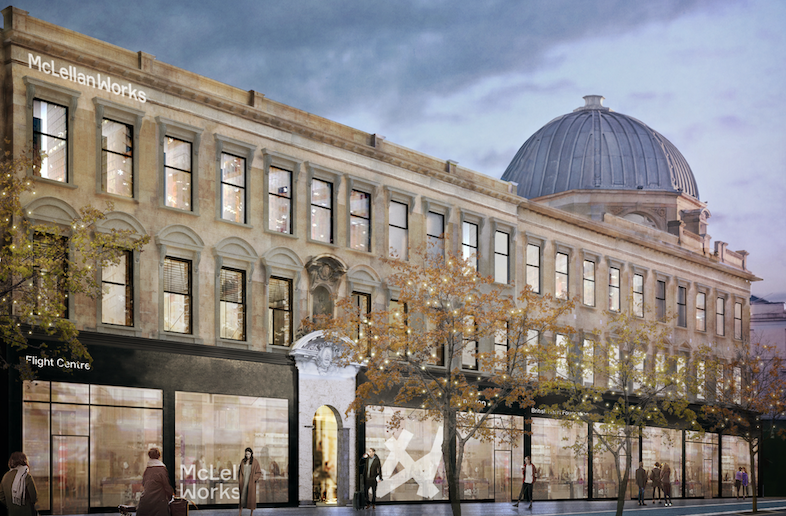 Works in progress: the project would help revive a neglected building

A row of neglected street-facing units in the centre of Glasgow is to be converted into SME and co-working space under plans submitted to the city council.

The McLellan Works will become home to a mix of mainly retail and food outlets, together with meeting rooms, in an attempt to revive the west end of the city’s famous Sauchiehall Street.

It is possible that there will be a link to the Glasgow School of Art, should it be re-built.

The development, scheduled for completion at the end of next year, is being led by McLellan Works’ new owner, Bywater Properties. Glasgow based architects, Stallan Brand and the design agency Graphical House have been employed to work on the project.

The building will complement the £7 million investment programme on Sauchiehall Street – part of the city’s “Avenues Project” – which sees the creation of wider pavements, a two-way cycle lane and improved lighting and seating areas.

The building has 3,200 square metres (34,440 square feet) of mixed co-working and SME office space over the upper three storeys.

McLellan Works will continue to serve as the entrance for the McLellan Galleries, which stands immediately behind the building and is currently occupied by the Glasgow School of Art.

Theo Michell, Principal at Bywater Properties, said: “This is a beautiful but currently neglected building at the heart of one of Glasgow’s most popular and loved streets. We’re very proud of our plans to breathe new life into a landmark building in such a fantastic location.”

The McLellan Galleries, which sit within the same block as McLellan Works, were originally built in 1855 to house the art collection of Archibald McLellan, a local coach builder, councillor and patron of the arts.

From 1869 the galleries were home to the Glasgow School of Art (GSA) until its move to the Mackintosh Building in 1899.

Then for many years elegant department store Trerons occupied what is now McLellan Works. The impressive Sauchiehall Street block retains a strong connection with Glasgow School of Art to this day as the GSA currently occupies McLellan Galleries.

In recent years the building around the galleries operated as Breckenridge House, with a mix of commercial tenants and retail units on Sauchiehall Street.

The regeneration of a key site in Glasgow’s International Financial Services District (IFSD) has taken a significant step forward with the submission of a detailed planning application for a 283,000 sq ft Grade A office development by Osborne & Co.

The £95m project in Argyle St will deliver the first major activity on this prime site in more than 20 years and will be able to accommodate up to 4,000 workers.

The planning application has been submitted by Osborne and Co, the new global delivery vehicle for property developed by Vanguard Real Estate, after a variety of economic and historic environment studies on the site led by Cooper Cromar, the architectural practice. 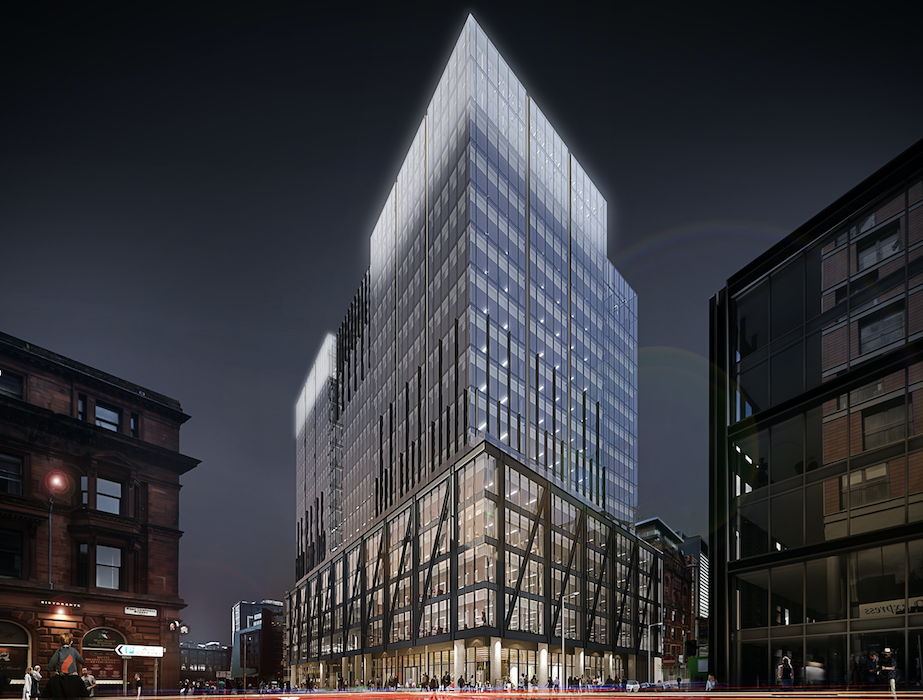 Will Hean, development director (Scotland), Osborne and Co, said: “Following positive consultation with Glasgow City Council planners, Historic Environment Scotland and the local community, we are pleased to formally lodge our detailed planning application with which we aim to begin the process of a major transformation of Glasgow’s best undeveloped city site.”

The application involves the demolition of a Grade B listed building, which, after extensive surveys, was found to be beyond repair.

The vendor, Singapore property company Scotsbridge, is led in Glasgow by entrepreneur Shazad Bakhsh, who played a central role in assembling the site and retains a minority share in the site ownership.