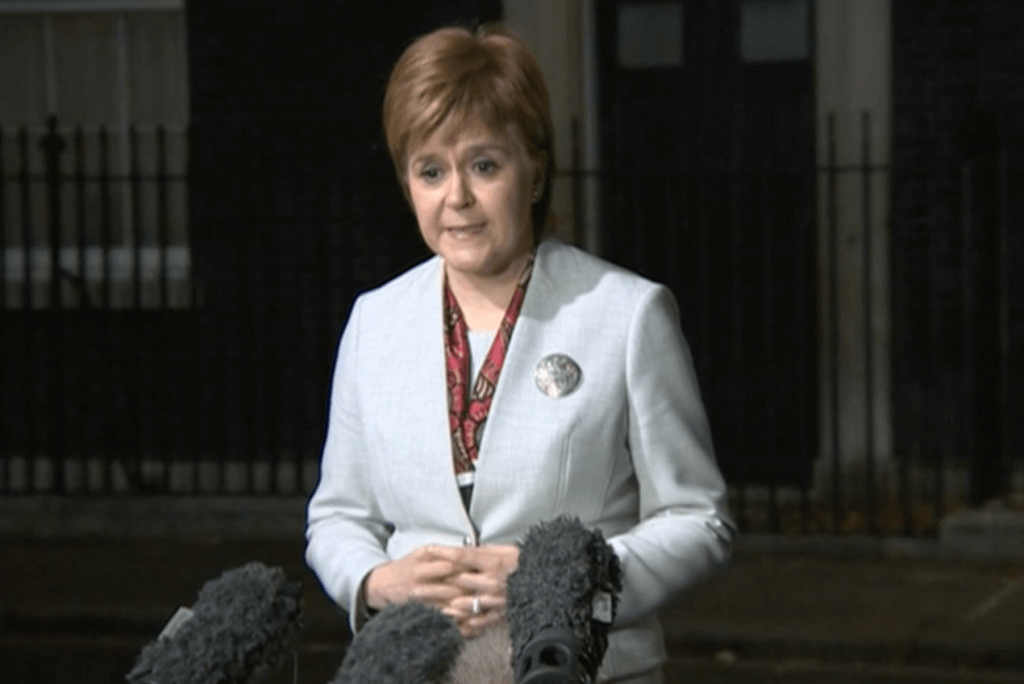 Nicola Sturgeon and Theresa May were again at loggerheads after the First Minister accused the Prime Minister of “running scared” of a second independence referendum, while Mrs May insisted it was “the last thing we want”.

Ms Sturgeon joined Wales First Minister Mark Drakeford at a meeting in Downing Street, intended to allow the UK government to set out its offer of an “enhanced role” for devolved administrations in the Brexit process.

Both First Ministers were invited to take part in a new UK Cabinet sub-committee formed at the start of the year to co-ordinate preparations for withdrawal from the EU.

The First Minister said Mrs May dismissed calls from the SNP and other opposition parties for an extension to the Article 50 process to delay Brexit and allow time for a second referendum on EU membership.

Speaking in Downing Street after the meeting, Ms Sturgeon said: “It seems to me she [Mrs May] is putting all of her eggs in the basket of trying to win over the DUP and ERG, playing to the right wing, hardline Brexiteers, which is, unless something fundamental changes I can’t see right now, destined to fail.


“We’re … being asked to back a withdrawal agreement that goes against what Scotland voted for. That’s not what any self-respecting Scottish MP should vote for, and the SNP won’t be voting for it.”

Speaking about her insistence on calling a second independence referendum, she added: “You can’t stand in the way of people having the right to choose. The Prime Minister’s position has never been a sustainable one. The Scottish people are getting fed up of listening to Theresa May telling them what they can do.

“She is perfectly entitled to oppose [Scottish] independence but this idea you can stand in the right of people to choose is a nonsensical and unsustainable one.”

At Prime Minister’s Questions, Mrs May (pictured) twice said there was no appetite for a second referendum on Scotland’s place in the UK. 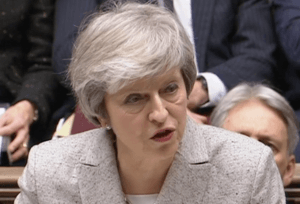 “The SNP sadly is out of touch with the people of Scotland and has not yet heard that message,” the Prime Minister said in response to Scottish Tory MP Stephen Kerr, who suggested that at her meeting with Ms Sturgeon, the Prime Minister should “firmly tell her no”.

Mrs May added: “The last thing we want is a second independence referendum. The United Kingdom should be pulling together, and should not be being driven apart.”

The Scottish Government was accused of hypocrisy for refusing to publish the legal advice it has been given on holding a second independence referendum without permission via Section 30 of the Scotland Act. The order grants Holyrood temporary powers to hold a referendum that is legally binding, provided UK ministers are in agreement.

Liberal Democrat MSP Mike Rumbles said: “The SNP were rightly onboard when it came to pressing the UK Government to release their Brexit legal advice.

“It seems a monumental hypocrisy that they will not do the same with their own constitutional advice. The Lord Advocate was present in the Parliament chamber yet Scottish Government ministers were content to obfuscate and obscure.

“The Scottish Government need to tell the public whether they are plotting holding another independence referendum without a section 30 order against the wishes of the Scottish public and whether the Lord Advocate thinks that’s legally sound.”