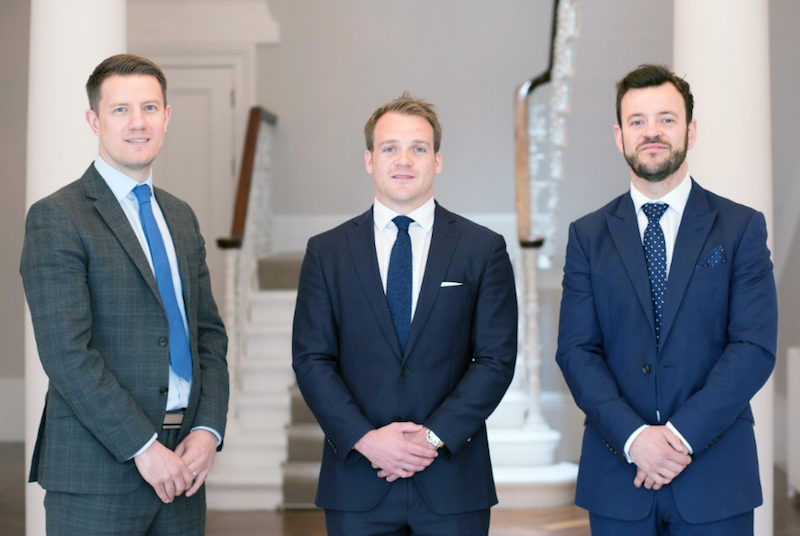 A former Blackburn Rovers and Hamilton Academical midfielder is one of two headline recruits for letting and property management specialist agency, Tay Letting.

Since retiring from football due to injury, Lee Hardy has spent more than a decade developing his career in property with roles at Countrywide, Lets Direct and Grant & Wilson.

Most recently, Mr Hardy was head of DJ Alexander’s Glasgow office. His new role is as a senior associate based in Tay Letting’s Glasgow HQ. This appointment will allow founding director Marc Taylor to oversee Tay’s strategy and operations across the central belt.

The company’s Edinburgh office will be spearheaded by divisional director Malcolm Pickard, who joins Tay from FTSE 100 company Imperial.

Marc Taylor, who founded Tay Letting in 2009, said: “These additions to our team give us a solid base for continued growth in Glasgow, and are just what we need to drive business in Edinburgh.

“The fact that Scotland’s two biggest cities are less than 50 miles away from each other presents tremendous opportunities. We fully intend to take Edinburgh by storm and are delighted to have secured city centre premises.”

As part of his new role, Mr Hardy will work closely with player liaison officers at major football clubs to find premium properties for their players. Tay Letting also recently signed a deal to enter into an official partnership with PFA Scotland.

The former midfielder said: “With the knowledge and experience I have gained over the last 12 years in the property industry, I know I can make an immediate contribution and help to grow the business while maintaining the same levels of excellence that the company is known for.

“I’ve lived and worked in Glasgow since 2006 and I’ve seen the city change dramatically in that time. I have no doubt that there are more exciting times ahead for the city and the letting industry.”