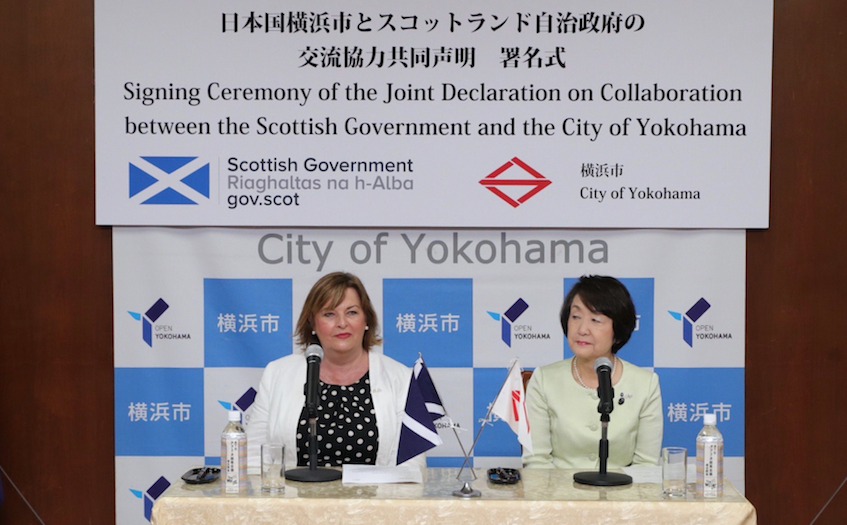 Fiona Hyslop and Fumiko Hayashi at the signing ceremony

Scotland has signed a joint declaration of cooperation with Yokohama City, the second largest city in Japan.

Yokohama, with a population of about 3.7 million, is Japan’s main sea port. The deal confirms a commitment to closer ties in the areas of education, sports, culture and marine industries.

Yokohama will play host to two of Scotland’s Rugby World Cup games, against Ireland and Japan, in 2019.

In 2016, goods exports to Japan increased by more than 10% to £460 million, making Japan the 19th top destination for Scottish exports. Foreign direct investment into Scotland from Japan has accounted for almost 6% of all inward investment over the past decade.

External Affairs Secretary Fiona Hyslop, on a five day trade and culture mission to Japan, signed the declaration of collaboration with the Mayor of Yokohama, Ms Fumiko Hayashi.

Ms Hyslop said: “This unique deal will encourage the development of links between Scotland and Yokohama in the areas of education, sports, culture and marine industries.

“It presents an excellent opportunity to celebrate our connections and exchange knowledge and expertise, building on the constructive meeting I held with Mayor Hayashi during my visit last year.

“However, I believe there is scope for even closer collaboration – to seize shared opportunities and meet common challenges as both our countries look to address the growing needs of the global market.

“Having recently launched Scotland is Now, our global drive to put Scotland at the top of everyone’s list of places to live, work, visit, invest and study, there may be many opportunities as a result of this agreement with Yokohama City.”

A major Japanese industrial corporation has signed an agreement that will see the world’s first test of an autonomous underwater vehicle (AUV) undertaken in Scotland.

Kawasaki Heavy Industries has been developing component technologies for AUVs with a focus on the growing demand for pipeline maintenance in offshore oil and gas fields.

It will carry out the test in October at The Underwater Centre in Fort William.

In Tokyo, External Affairs Secretary Fiona Hyslop witnessed the signing of the agreement by Steve Ham, commercial director at The Underwater Centre, and Kawasaki leaders.

Ms Hyslop said: “Kawasaki also has excellent links with Edinburgh Centre for Robotics at Heriot-Watt University, which is developing the control software and multi sensor algorithms for the AUV system to enable it to track pipes underwater.

“The Scottish Government’s Subsea Action Plan, launched in January 2017, reflects our ambitions to support this important sector, not only in international oil and gas markets, but also to diversify into other sectors including renewables and deep-sea mining.” 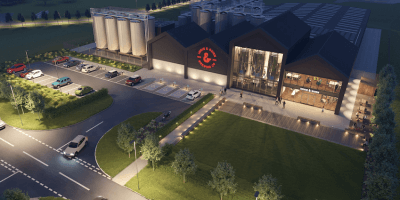