Sunak to cut business taxes amid pressure on PM

Chancellor Rishi Sunak has repeated his pledge to cut business taxes in a move seen as key to uniting the Conservative party after its divisive vote on the future of Prime Minister Boris Johnson.

Mr Sunak confirmed in a speech to a think tank that he would be bringing forward a range of measures in the autumn to incentivise investment.

His pledge came in response to pressure from various business groups for more help with rising costs, including calls for cuts in VAT and extended tax reliefs.

Sir Graham Brady, head of the backbench 1922 Committee, which oversaw Monday’s confidence vote in the Prime Minister, called on Mr Sunak to bring forward his plan to cut income tax by 1p in the pound in 2024.

“The best contribution a government can make to tackling inflationary pressures on family budgets is to take less money off people in the first place in the form of tax,” he said. “I hope we will turn a corner soon and see the tax burden falling.”

But Mr Sunak argues that going too far on cutting personal taxes risks fuelling inflation which is expected to rise again the in the autumn.

In his address to the Onward think tank, the Chancellor said he remained committed to building a “sustainably high-growth, high-wage economy” in the UK.

“But we must be honest about the longstanding weaknesses hampering our ability to achieve that … specifically in investment, skills and innovation,” he said.

“The growth and productivity challenge is a shared problem. Government and the market need to crack it together.” 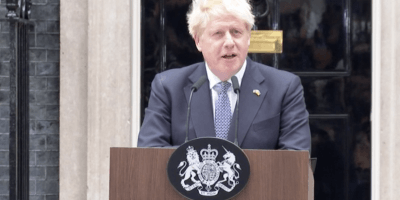