Richard Leonard: workers should have a stake (pic: Terry Murden)

Workers in Scotland will be given first refusal to buy their companies if they are failing or put up for sale under Labour plans to shake-up the corporate market.

Labour wants to significantly increase the number of co-operatives and worker-owned businesses in Scotland’s economy, by introducing a right to own business through a “Macora law” which would allow workers to buy their companies when they go up for sale or face closure.

Mr Leonard said he would introduce a Cabinet Secretary for Labour as well as seek the devolution of employment law with a ‘pre-Brexit floor’ to ensure workers’ rights can only be built on, not rolled back.

My aim as the Leader of the Scottish Labour Party is not to simply lead a better management team than the SNP. It is to lead a Scottish Labour Government worthy of the name.  Committed to bringing about a real shift in power and wealth including an extension of industrial and economic democracy.

“Not least so that the voices of women are heard for the first time in the corridors of economic power This is not incidental to the change we need to make. It is its very essence.

Ahead of the conference, he said: “In government, Labour will give more people a stake – and a say – in our economy by doubling the size of the co-operative sector and introducing a ‘right to own,’ making employees the buyer of first refusal when the company they work for is up for sale.

“Our economy should not just be left to the market. We need active engagement with Scotland’s working people to develop our economy.” 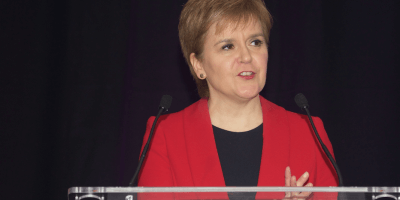