Douglas Ross: ‘we are building Scotland’s real alternative to the SNP’

Scottish Conservative Party leader Douglas Ross has appointed a new director of the party and chief of staff.

The new director is James Tweedie, who has played a crucial role in numerous national elections since 2016.

Mr Ross has also hired Jon Novakovic as chief of Staff, and Rebecca Fraser as deputy chief of staff.

Mr Novakovic is a former Australian political advisor who has most recently worked for Mercy Corps on humanitarian aid delivery in complex contexts. He has worked in conflict zones around the world and managed teams in Afghanistan, Syria, Nigeria and numerous other countries.

Ms Fraser was a Scottish Conservative candidate in the 2019 General Election and 2021 Scottish Parliament Election. She has also served as chairman of the party’s Scottish Borders Association.

Former Scottish Sun journalist and sub-editor Barry Graham will join as head of media to work alongside Harley Lothian, who has been promoted to head of digital after an election campaign where the party’s social media performance improved hugely.

Former No.10 and Scotland Office adviser Elliot Roy has been promoted to director of policy and strategy, and David Bateman to director of communications.

Mr Ross said: “I’m delighted to have such a great team in place to help drive the party forward as we build Scotland’s real alternative to the SNP.

“This is our most talented and diverse group of Scottish Conservative MSPs yet and they will be complemented by an experienced and enthusiastic senior team.

“We are working hard to become more than a strong opposition, so that Scotland has a real alternative that can remove the SNP from office.” 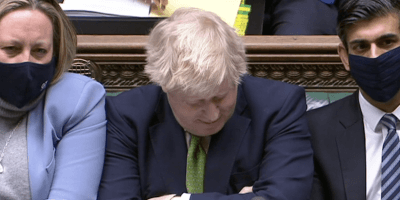