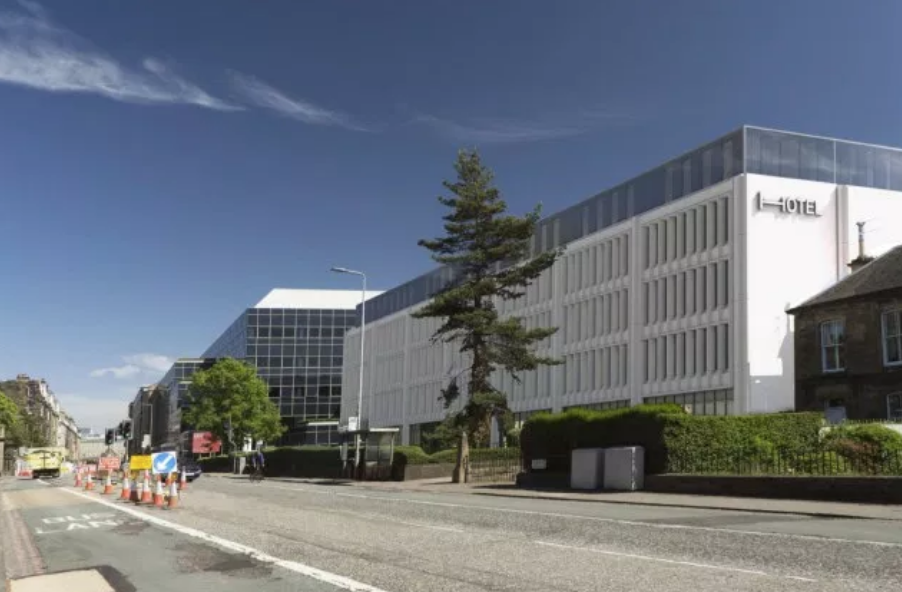 Hotel plan may be preferred option for dated building

A 1970s office building close to the Haymarket in Edinburgh could be converted into a 157-bedroom hotel.

Plans have been submitted to redevelop Osborne House in the West Coates area into a hotel and restaurant.

S Harrison acquired the four storey Osborne House opposite the former Donaldson’s College earlier this year after a long period of it failing to attract office tenants because of its dated layout.

It was designed by the renowned modernist architecture studio Morris and Steedman, but its low ceilings and unique grid-like structure have made in unattractive to modern tenants. Two-thirds of the building is vacant.

Ann Scott from S Harrison said: “The building has been marketed for commercial rent for a long period of time, and it has struggled to attract new tenants. Its set structure and façade, combined with insufficient escape stairs and staff facilities have meant that it couldn’t even be divided into smaller office units, as it’s just not up to acceptable modern standards.

“The existing structure does however lend itself perfectly for hotel use which could give Osborne House a new lease of life.”

It is proposed that the current structure and facades would be retained with the addition of a glazed floor and replacement of a single storey building on Devon Place.

S Harrison was behind the building of a £23 million, 240 bedroom, retail and student accommodation scheme n the site of the original Botanic Garden in Leith Walk.

Last year it purchased a site on the waterfront in Leith, and is exploring several other opportunities in and around Edinburgh.