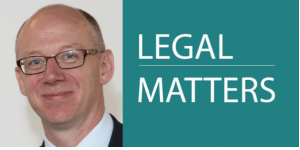 In amongst the detail of the Budget with its headline grabbing “pay-aways”, the Chancellor announced some important changes to the Entrepreneurs’ Relief (ER) regime which, since its introduction in 2008, has become a key plank of exit tax planning for owner managers.

The changes mean that from today access to ER is more restricted and it is recommended that individuals who understand their share structure to be “ER-compliant” take specific legal and tax advice in the context of the new regime and their proposed exit timetable to establish whether or not the changes have compromised their position.

The ER regime offers individuals a lifetime allowance of up to £10 million of capital gains taxed at the reduced rate of 10%, provided certain conditions are met. When compared to the standard 20% rate of capital gains tax (CGT), ER therefore enables qualifying individuals to save up to £1 million of CGT. Given the substantial savings to be made, access to, and the preservation of, the relief is often very high up in the hierarchy of considerations for business owners.

Until yesterday, for an individual to qualify for ER, the following conditions required to be met throughout the period of 12 months ending with the date of disposal of shares (the Qualifying Holding Period):

Special, and helpful, rules applied to shares derived from the exercise of EMI share options. These rules removed the 5% test for these shares and the 12 months’ Qualifying Holding Period included the period during which the share option (and not just the shares) was held.

First, the good news; there have been no changes to the rate of relief or the lifetime allowance. Therefore, the potential savings are still there to be made. However, the qualifying conditions have been extended as follows:

The changes to the 5% test take effect immediately. The change to the Qualifying Holding Period takes effect for disposals on or after 6 April 2019.

The changes to the 5% test are of no significance to shares derived from EMI options as the 5% test does not apply to these shares. However, the extension to the Qualifying Holding Period means that exiting shareholders whose shares are derived from EMI options will, from 6 April 2019, require to have held the share option and the underlying shares for a consolidated period of at least 24 months prior to disposal.

In addition, as announced in the Autumn Budget 2017, the Finance Bill 2018-19 will contain provisions to allow ER to be obtained by individuals whose holding has been diluted below the 5% qualifying threshold on gains up to the point of dilution. These rules will apply for shares held at the time of dilution events which take place on or after 6 April 2019.

What is the impact?

The amendments, we are told, are designed to ensure that only genuine and long-term owner managers can access the relief and have been implemented to negate the impact of short-term share structures in preparation for exit.

All very laudable, but there is a risk that in certain cases the baby has been disposed of along with the bath water…

Specifically, existing share structures involving those where a shareholder (ordinarily an institutional shareholder) has one or both of (i) a liquidation preference entitling it to a preferential return on capital on a winding up or (ii) a preferential dividend right, in each case ranking in priority to the owner manager’s class of equity, will need to be scrutinised carefully to check whether the owner manager’s ER status has been compromised.

In reality, all but the simplest of single class ordinary share capital structures ought to be revisited to assess the impact of the changes in the 5% test. The doubling of the Qualifying Holding Period may also result in accelerated exit timetables for those shareholders who by 5 April 2019 have more than 12 months’, but less than 24 months’, Qualifying Holding Period in the bag.

Keith Dinsmore is Head of Transaction Services at Vialex.

Nothing in this article constitutes legal or tax advice or gives rise to a solicitor/client relationship. Specialist legal and/or tax advice should be taken in relation to specific circumstances. 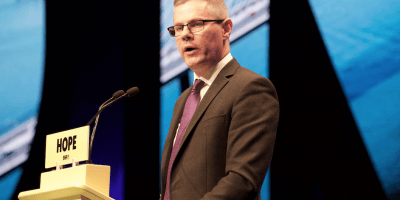