Mackay hints at no income tax cut for Scots 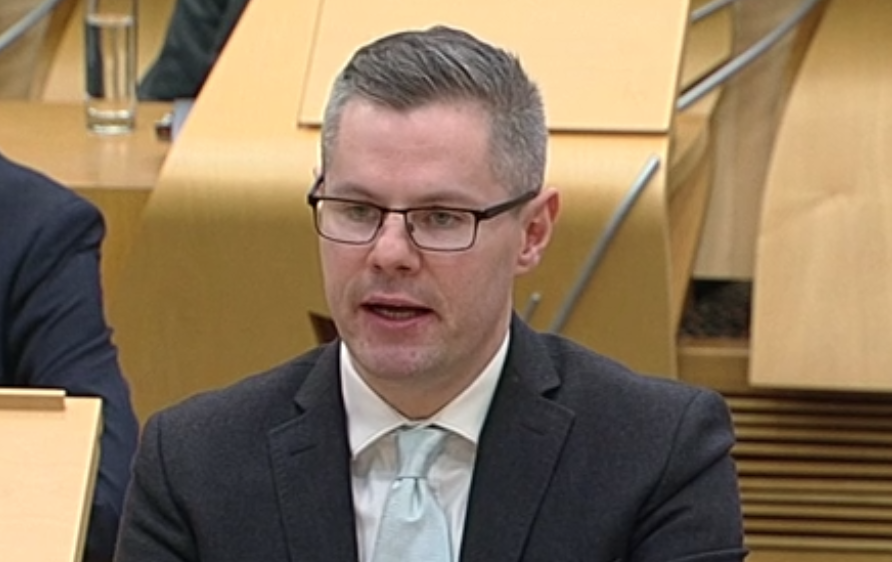 Scotland’s Finance Secretary Derek Mackay has hinted that he will not pass on the income tax cuts announced by Chancellor Philip Hammond in the Budget.

He told MSPs that Holyrood had a “fairer” system and insisted that Scotland would be worse off, despite a £1 billion boost from Barnett consequentials.

Mr Hammond announced a surprise boost for taxpayers in England when he increased the personal allowance for all workers across the UK to £12,500 and raised the 40p threshold to £50,000 from next April, a year earlier than planned. Scotland has its own income tax bands and Mr Mackay did not pass on the last increase in the higher rate threshold, preferring to spread the cuts across all bands.

Mr Mackay, who will deliver the Scottish Budget on 12 December, said:  “I take some pride in the fact that I’ve been the Finance Secretary that’s ensured the fairest income tax system anywhere in the United Kingdom and for a majority of people they pay less tax and this is the lowest taxed part of the UK.

Regarding the £1 billion of additional spending which will come to Scotland, he said:  “I don’t welcome the figures that have been announced by the Chancellor because it represents – just putting NHS aside for one moment – real terms reductions for the rest of Scotland’s public services.

“In relation to the National Health Service, the Tories promised £600 million and within four months they’re already short changed the NHS in Scotland by £50 million.

Conservative Finance spokesman Murdo Fraser said: “Yesterday’s UK Budget handed the SNP Government an extra £950 million, froze duty on whisky and petrol, supported our oil and gas industry, delivered a £130 a year tax cut for every worker in Scotland, and gave the NHS in Scotland the biggest funding boost in over a decade.

“Yet Derek Mackay could not bring himself to welcome a single one of these measures. His miserable response speaks volumes.

“Scotland needs a competitive tax regime and the Scottish Conservatives will be demanding that the SNP delivers.”