Store chain may have broken rules 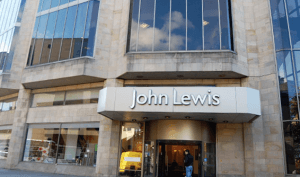 John Lewis has admitted it may have to pay out £36 million for failing to meet minimum wage rules.

It is a potential embarrassment to the department store chain, which prides itself on how its employees are integral to its ownership structure.

The Partnership, which also owns upmarket Waitrose supermarkets, said that while its contractual hourly rates of pay have never been below the national minimum wage (NMW), it plans to work with Britain’s revenue and customs department to see if all its arrangements meet the specific criteria of the complex regulations.

In a statement, the company said that since announcing its unaudited results on 9 March 2017, “a further exceptional charge of £36 million has been recorded for the year ended 28 January 2017.

“This has arisen following the identification that some of the Partnership’s pay practices, though designed to help Partners (employees), may not meet the strict criteria set out in the National Minimum Wage (NMW) regulations.

“This charge is to cover any payments that might become due, along with employer’s National Insurance, pension costs and associated costs.”

The annual report and accounts show that chairman Charlie Mayfield has waived his £66,000 bonus for 2016-17, as a reflection of the performance of the group. His total remuneration fell by 7.4% to £1.41m.

In March the group reported a fall in the annual trading profits at Waitrose and the John Lewis department stores.

It cut its staff bonus to 6%, the lowest percentage payout since 1954, saying it needed to preserve cash to brace for difficult times ahead.

In April the department store business said it would cut hundreds of jobs in a reorganisation of its soft furnishings business and changes to the way it operates its in-store restaurants.