Progress on all fronts 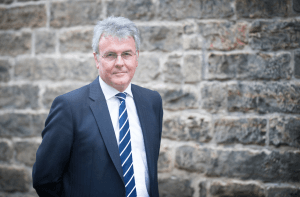 Group sales in the year to date have grown by 11% compared to the same period in 2016 and profit is ahead of that achieved in 2016.

“Recognising the influence of the online retail sector in the second half of the year, the board is confident that Macfarlane will perform in line with its expectations for 2017,” he said at the annual general meeting of the Glasgow firm.

“Our packaging distribution business which represents 86% of group sales, has grown sales by 13% compared to 2016.

“This performance includes 10% sales growth attributable to prior year acquisitions, all of which continue to trade well, and organic sales growth of 3%, with an improving new business performance well ahead of the previous year.

“Sales in our manufacturing operations are 1% above the equivalent period in 2016 and, with our focus on higher value added products and services, profitability is ahead of 2016.

“As expected, net debt has reduced from the 31 December 2016 level.  The group continues to operate well within its existing bank facilities.

“We will maintain our programme of growing organically in target markets, augmented by acquiring good quality businesses and we are confident that Macfarlane Group will continue to make further good progress in the remainder of the year.”

Nick Basing, chairman, told shareholders the company was making “encouraging progress” but made no mention of the recent talks with Powerleague about a potential merger.

“Although there remains much still to do, we have continued to make encouraging progress in executing our strategic plan this year,” he said.

·      The inaugural “Clubhouse 2020” opened at Ruislip in April. A further nine centres will be upgraded during the current year.

·      Construction on our third centre in Los Angeles, California, is due to commence in June. The new US management team is in place to drive improved performance and growth.

Group sales for the first 18 weeks of 2017 are above the levels achieved during last year and in line with current market expectations.

Savills, the property agency, has traded in line with expectations and ahead of the corresponding period in 2016, both as reported and on a constant currency basis, it said in an update to shareholders.

In the UK commercial markets, Savills has maintained a significant share of the prime central London investment and leasing markets, although market uncertainty continues to affect transactional volumes.  Outside London, transactional volumes and professional and development services have grown over the comparable period in 2016.

As expected, volumes in the UK prime residential market have been lower in the year to date compared with the very strong comparable period in advance of April 2016’s increase in Stamp Duty [in England and Wales].

The company its UK rural business has performed better than anticipated. The period leading up to the UK General Election is expected to have a short term adverse impact on residential transaction activity over the next few weeks.