The oldest golfing society in the world, the Royal Burgess Golfing Society, Edinburgh, is targeting corporate events and functions following a £750,000 makeover of the clubhouse.

The project, which completed this month, has significantly upgraded the listed building that dates back to 1896.

It will enable the 1,000-member club to increase income aside from golf.

Jim Rigby, treasurer at The Royal Burgess Golfing Society said: “We have an exceptional course at Royal Burgess and, as the oldest golfing society in the world, a reputation to match.

“However, our clubhouse amenities were beginning to look a bit tired, but after the refurbishment we now have facilities that match the course and will further enhance our reputation.

“In addition to the refurbishment we have improved our food and beverage offering which will help drive additional income through attracting more functions and corporate events.”

A £580,000 funding package was provided by Bank of Scotland whose relationship manager Derek Weir, said: “The Royal Burgess Golfing Society has banked with the Bank of Scotland for over sixty years. Established in 1735 and with honorary members including Jack Nicklaus alongside members of the royal family, the society is steeped in prestige.

“Alongside maximising the opportunity that functions and corporate events offer, the facilities will also help drive membership at a time when most golf clubs are seeing membership numbers decline.

“This is the second time that the Bank of Scotland has supported the upgrading of the facilities at The Royal Burgess Golfing Society and we look forward to continuing our relationship long into the future.” 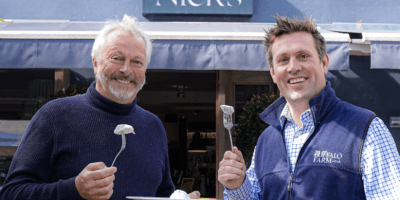