Property market ‘in early stage of a downturn’ A sharp drop in the Scottish commercial property market is forecast in a survey pointing to a loss of investor confidence following Britain’s decision to withdraw from the EU.

The Commercial Property Market Survey carried out by the Royal Institute of Chartered Surveyors (RICS) found that interest was slowing among investors and occupiers.

It says rents and capital values are expected to ease.

In the run-up to the EU referendum investment enquiries fell sharply across Scotland and foreign investor appetite in Scottish commercial property declined at significant rate. This potentially undermines the viability of large-scale developments which rely on overseas capital.

The survey runs counter to evidence in some parts of the market. Edinburgh retail is currently booming with strong demand for space.

However, the RICS survey revealed that 36% of respondents feel the market is now in the early stages of a downturn and there was a general expectation of slower activity in all parts of the UK.

London is the most pessimistic with 54% of respondents taking this view.

Political and economic uncertainty is said to be hitting confidence on the occupier side of the market. In Scotland, occupier demand dropped for the first time since Q3 2014. A cautious demand backdrop is producing significantly weaker rental projections across the board.

This is especially the case over the shorter term with 31% more respondents now expecting commercial rents in Scotland to decline over the coming quarter. This stands in stark contrast to Q1, when 17% more respondents anticipated rents would increase in the near term.

Jeff Matsu, RICS senior economist, said: “Political and economic uncertainty in the aftermath of the referendum result has clearly dampened sentiment in the commercial property market, with the tone becoming visibly more cautious right across the UK. Although the impact is widespread, the drop in confidence has been most pronounced in Scotland and London.

“Nevertheless, following several years of strong capital value and rental gains, momentum had already appeared to be slowing. Whether or not the sharp deterioration in the RICS survey data is a knee-jerk reaction that will unwind as the result is digested, or the start of a more prolonged downturn, remains to be seen.”

Jeremy Blackburn, RICS head of UK policy, said: “Access to the single market or potential tariff barriers will be key in the longer term for some industrial occupiers and exporters. And immigration plans could well affect the future supply of new commercial space onto the market through construction starts.

“Ministers need to lay out a clear timeline and set of ambitions for negotiating Brexit and our future trade relationships. First Ministers in the devolved nations must play their part in providing reassurance for property markets.”

> Daily Business Comment: This survey is nationwide and across all sectors and there is certainly evidence of lower interest from overseas investors.

However, it may also be over-stating fears of a sharp downturn. Property agents report huge interest in retail in Edinburgh, with rents rising and occupier demand very high.

The survey’s findings on London also counters recent reports of a high “crane count” in the city, pointing to a lot of activity.

The Brexit decision is in danger of producing assessments based on short-term sentiment measured in weeks rather than months or years.

The RICS survey came before the Bank of England decision to hold interest rates and its subsequent statement that there was no sign of a slowdown. Today’s ECB decision to follow suit also suggests Brexit fears may be overdone. 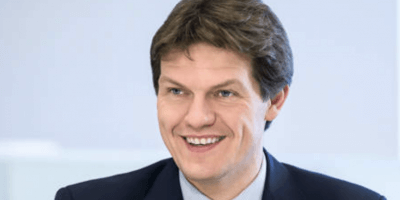