Edinburgh renewables company, Renewco Power, has raised £24m to enable it to acquire solar and battery storage projects in the US.

As part of the deal, it is forming a partnership with Virginia-based developer Beaufort Rosemary to roll-out more sites.

The venture will focus on states in the Southeast and Midwest of the US where there is a lower penetration of renewables and which have new ambitious clean energy generation goals.

Renewco’s move to the US is being supported by a further funding commitment of £24m from Corran Capital, the clean energy and sustainability investor, which raised the capital from low carbon infrastructure company, SSE. This brings Renewco’s total funding commitments to £48m just nine months from formation.

The move to the US further highlights the team’s ambitions to identify valuable opportunities in high growth markets.

Since launching last September with an initial commitment of £24m to underpin the start-up’s high-growth large scale solar and onshore wind development strategy, Renewco has continued to assemble a team with renewable sector experience.

The business has now expanded in the UK and Europe, establishing a presence in both Italy and Spain, while adding battery storage expertise.

Gavin McCallum, CEO of Renewco, commented: “I am delighted to have completed this acquisition, expanding the Renewco platform to the US and enabling us to accelerate the clean energy transition in one of the world’s largest renewables markets.

“I am excited to be working in partnership with such an experienced and established developer as Beaufort Rosemary. 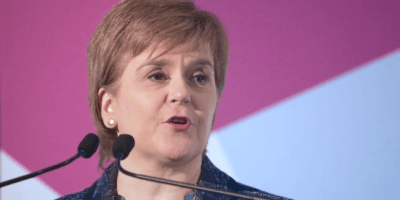