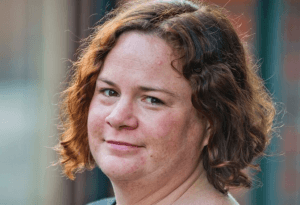 Planning decisions are still taking more than twice the legal time limit, according to new figures obtained by a housing group.

Homes for Scotland said data it has received shows an average of 37 weeks to decide major housing applications in the first half of 2018/19.

Director of Planning Tammy Swift-Adams, pictured, said there had no evidence of “meaningful improvement” in performance.

“Legislation sets a target of 16 weeks for decisions to be made on planning applications for major housing developments – proposals which have the potential to ease the housing crisis.

“These statistics show, but the publication doesn’t openly acknowledge, that the average time taken to make those decisions is more than double what it should be.

“Taking 37 weeks rather than 40.3 weeks to make a decision that should take 16 weeks is not a meaningful improvement in, or measure of, planning performance.

“The Planning Bill was an opportunity to establish a more enlightened way of looking at performance. However, the existing ‘penalty clause’, which Scottish Ministers could use (but as yet have not) to encourage better performance, has been removed from legislation at the request of authority representatives. It hasn’t been replaced with anything new.

“The softer alternative set out in the first version of the Planning Bill, a government-appointed planning co-ordinator, could have provided a more useful and more collaborative way of working with planning authorities and their customers (both paying applicants and constituent communities). That has been removed from the Bill too, also at the request of authority representatives.

“It is no wonder, then, that Scottish home builders feel there is little prospect – with or without the Planning Bill – of achieving more support for home building from across Scotland’s planning authorities.

“We need to develop a system of measurement that encourages the delivery of new housing sites on the ground, not just on paper. Planning authorities hold the key to whether the opportunities offered by Homes for Scotland members can get out of the starting blocks.”