Conversion of House of Fraser store 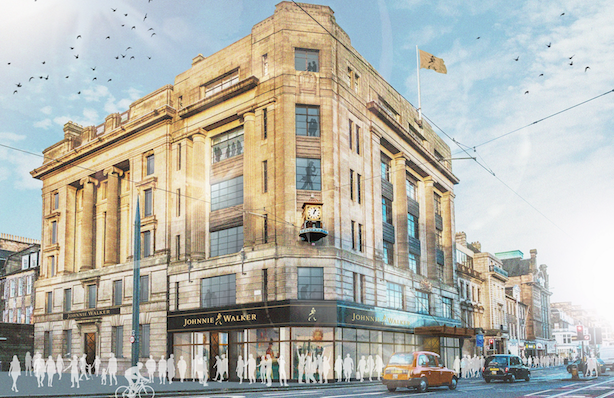 New experience: the former House of Fraser store will be restored and transformed

Diageo has confirmed plans to transform the former House of Fraser store in Edinburgh into a visitor experience for Johnnie Walker whisky that will include space for live music and other performance arts.

The Edinburgh attraction at the western corner of Princes Street is the focal point of a £150 million investment in Scotch whisky tourism by the company.

Diageo, jointly with building owner Parabola, will restore its heritage features, including the famous clock at the junction with Hope Street – known locally as the Binns corner after the former department store which was an Edinburgh institution and traditional meeting point for city residents.

The plans to create a seven-storey venue include:

It will create between 160 and 180 full-time equivalent jobs and generate about £135m in tourism spend in the wider Edinburgh economy through the visitors it attracts to the city.

Diageo is hoping to emulate the success of its Guinness Storehouse visitor centre in Dublin, which is Ireland’s number one paid-for tourist attraction, with 1.7 million visitors in 2017.

Diageo, which first announced its plans to create an ‘immersive experience’ in Edinburgh in April last year,  believes the new development will establish a major attraction in the west end, helping to balance visitor footfall across the city. 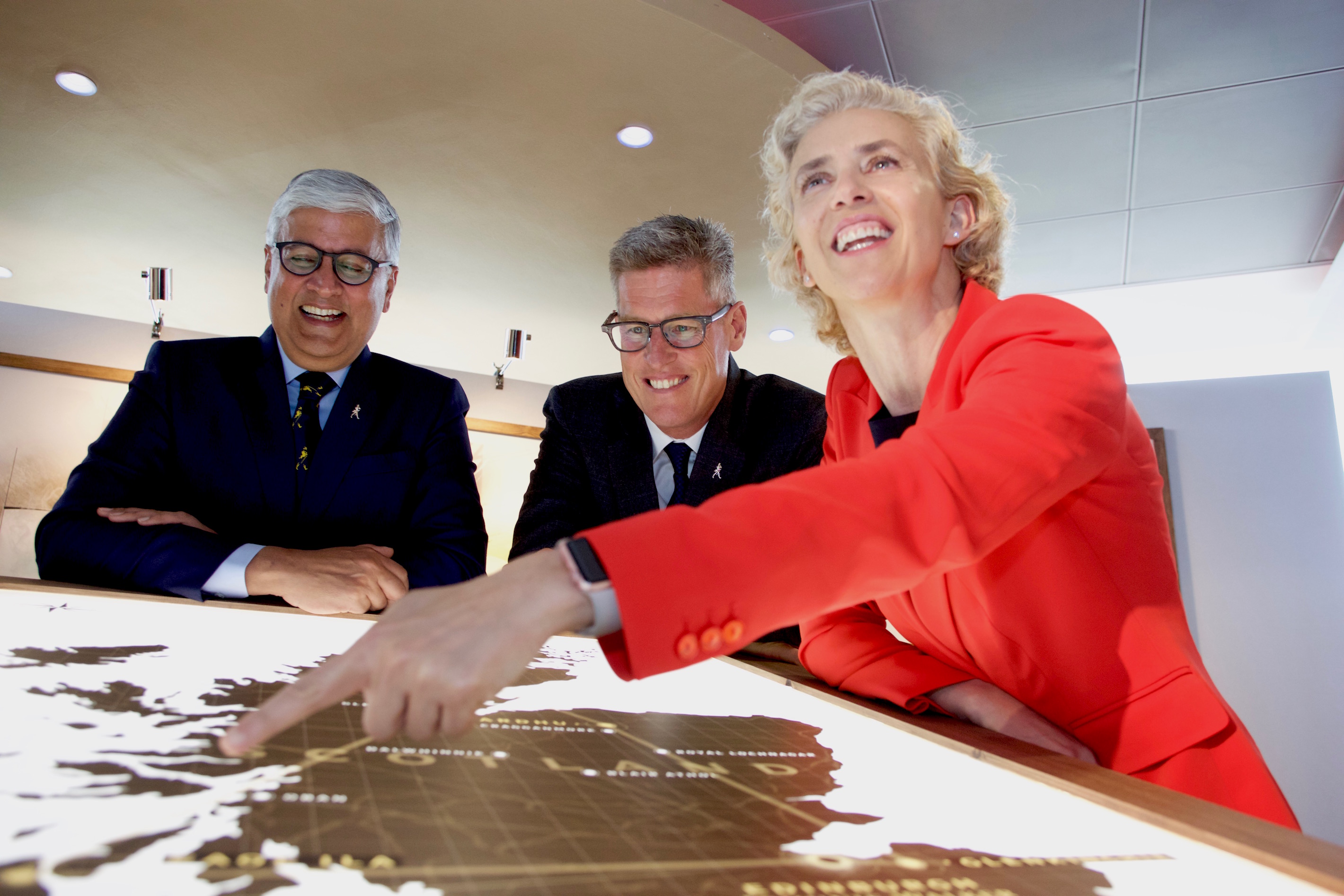 David Cutter, chairman of Diageo in Scotland, said: “We are incredibly excited to be able to submit our plans for the Johnnie Walker visitor experience in Edinburgh.

“The location is one of Edinburgh’s most exceptional landmark buildings and we plan to restore it to its former glory as a cornerstone of the city and a thriving part of its cultural and social life.

“We have the most passionate and skilled whisky-makers in the world here in Scotland and we want to celebrate their craft and everything that is great about Scotland and whisky.”

Cristina Diezhandino, Diageo global Scotch whisky director, said: “Johnnie Walker is the leading international whisky brand, with truly global reach and we believe our plans will create a flagship attraction that will bring people to Scotland from the four corners of the world.

Tony Hordon, Managing Director of Parabola, said: “At Parabola we feel like the custodians of a beautiful piece of Edinburgh real estate and we have taken great care to consider its future. 146 Princes Street represents an opportunity to deliver our core values: place, quality and destination.

“With Diageo and their vision, we believe we have a use which will not only protect the building for many years to come, but it also celebrates the building, its history, and its heritage. We are particularly excited to be working with the Diageo team given our shared values and our sheer ambition to celebrate one of Edinburgh’s great buildings.”

Diageo is currently investing more than £185m in Scotch whisky experiences in Scotland. As well as the Edinburgh location, the company is also investing to transform its existing 12 distillery visitor attractions across Scotland and a £35 million investment to reopen the iconic distilleries of Port Ellen and Brora.

Whisky from Diageo’s distilleries all over Scotland contribute to Johnnie Walker, but four distilleries – Glenkinchie, Cardhu, Caol Ila and Clynelish – will be linked directly to the Johnnie Walker venue in Edinburgh, representing the ‘four corners of Scotland’ and the regional flavour variations crucial to the art of whisky blending.

Together these sites will create a unique Johnnie Walker tour of Scotland, encouraging visitors to the capital city to also travel to the country’s rural communities.