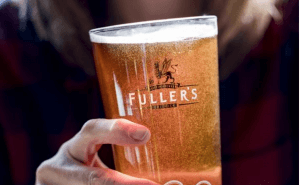 Japanese brewer Asahi has swooped to snap up a little bit of British heritage in acquiring Fuller’s brewing business for £250 million.

Russ Mould at AJ Bell says: “The sale of a portfolio which includes flagship beer London Pride feels a bit like the end of an era for brewing in the UK – Fuller’s has been making beer for more than 150 years.

“It is also a reminder of just how highly prized British beer assets are – with Asahi paying a very generous multiple of the asset’s earnings.

“In this context, it is no surprise to see other pub operators with brewing operations, such as Greene King and Marston’s, trade higher this morning.

“For Fuller’s it enables the company to focus on running its estate of pubs and hotels – which generate nearly 90% of its profit. And a deal with Asahi means punters will still be able to buy a pint of their favourite Fuller’s brands in its pubs.

“While some funds will be returned to shareholders, there will still be a substantial chunk of the proceeds available to invest in the business where the company has already been putting money  into areas such as IT and a refurbishment of its estate.

“This investment could help the company stand out in a competitive industry which faces multiple structural challenges.”

A takeover battle has broken out for Earthport between the two leading global credit card companies, Visa and Mastercard.

Russ Mould at AJ Bell says: “Shareholders in payment solutions firm Earthport must be feeling in a good place this morning.

“Mastercard has trumped a previously agreed offer from Visa by 10%. The question now is will Visa come back with an improved bid.

“Earthport had become vulnerable to a takeover after a tricky 2018, including the loss of a major customer, management changes and a plunge in transaction volumes but today’s news suggests its cross-border payments expertise is still recognised within the industry.

“Longer-term investors in the company may be less enthused by this new 33p bid, given the shares were trading above 40p as recently as 2015, but the inability to make the breakthrough into profitability since listing on AIM way back in 2001 suggests a cash exit is not the worst outcome.”

Revenue up at Irn-Bru maker in rising soft drinks market