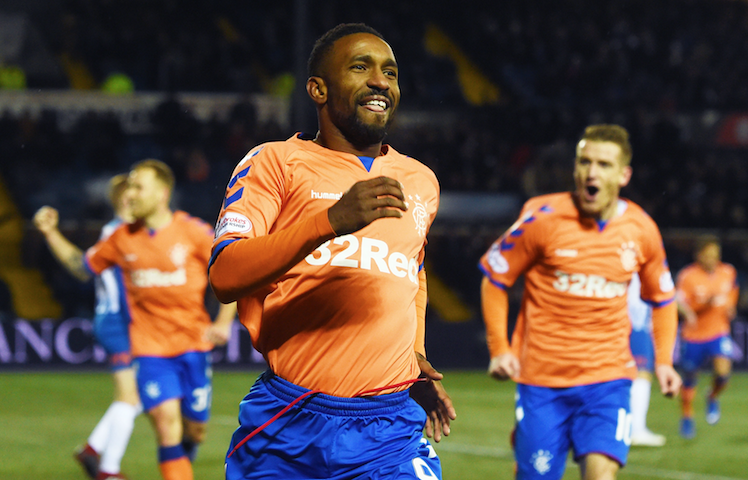 Jermain Defoe scored 12 minutes into his Rangers debut but could not prevent his new team ending on the losing side in their top of the table clash with Kilmarnock.

The 37-year-old has now scored on his competitive debut for five of his last seven clubs, maintaining a remarkable record.

Celebrations among the large contingent of visiting fans were short-lived as Eammon Brophy cancelled out the former England striker’s close-range effort. Northern Ireland winger Jordan Jones (pictured) scored the winner against the club he will join this summer, 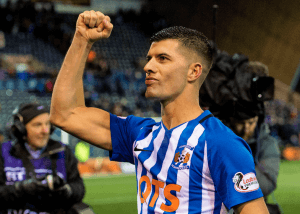 Delighted Kilmarnock manager Steve Clarke said:  “I know what Jordan is like. I know he is committed to Kilmarnock until the end of this season. Jordan has got himself a fantastic move but that’s for next season.

“We defended well when we had to. We put in a good shift and showed a little bit of quality in the finishes as well.”

Rangers manager Steven Gerrard was left to reflect on a crucial result :”I think we created enough to win the game. Kilmarnock haven’t put any combinations together or cut us open or looked like a team that were worrying us really,” he said.

“But you can’t win football matches if you give silly gifts away. A square ball in the second half, on this type of pitch is something we asked the players to avoid at all costs.”

The home side leapfrog Rangers into second place and sit just a point behind leader Celtic who thrashed St Mirren and consigned the Paisley club to the foot of the table.

Hearts‘ lingering title hopes were all but extinguished with a surprise home defeat to Dundee while Motherwell’s victory victory over HIbs put some distance between the steelmen and the bottom three. 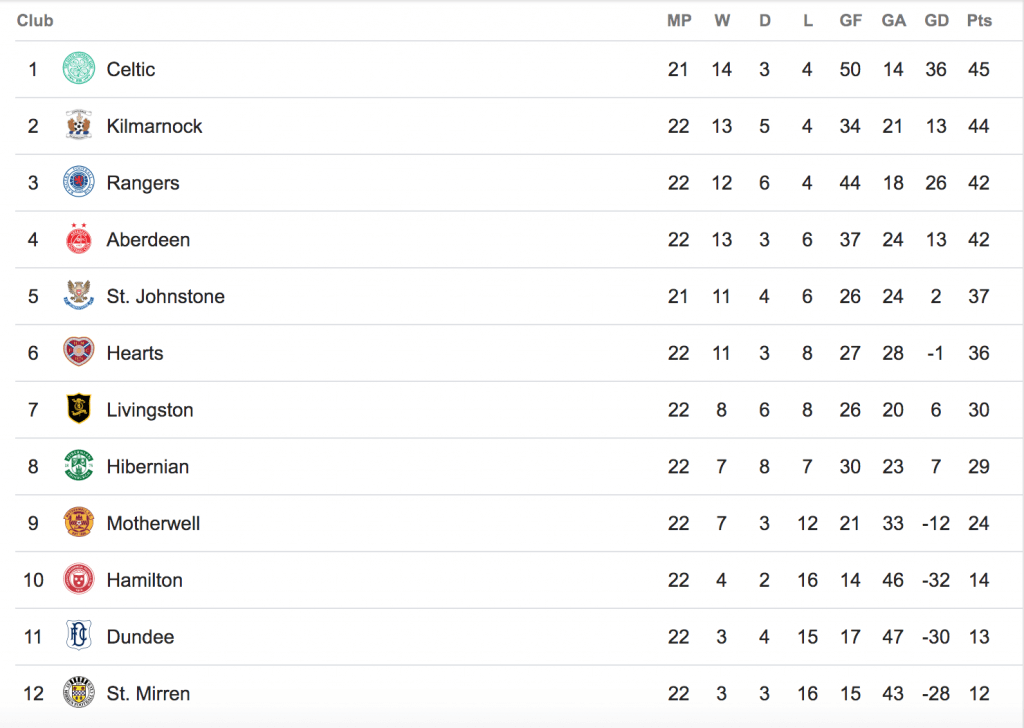