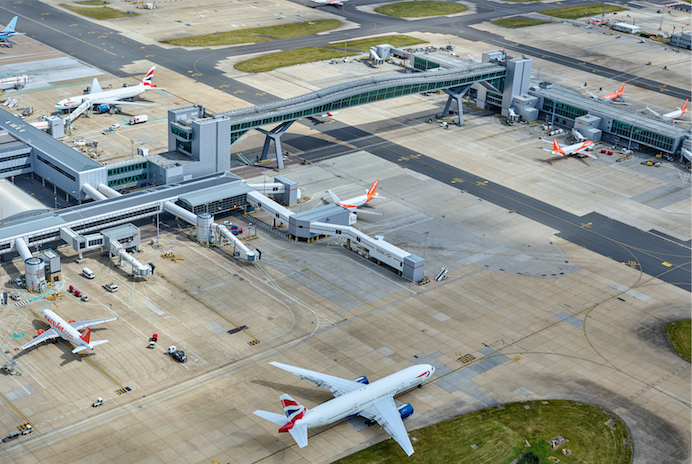 Gatwick hopes to run a near normal service from today (pic: Gatwick airport)

A man and a woman have been arrested in connection with the drone activity which caused major disruption at Gatwick Airport.

Sussex Police said the pair were detained “in the Gatwick area” shortly after 10pm on Friday as part of “ongoing investigations into the criminal use of drones which has severely disrupted flights in and out of Gatwick Airport”.

More than 140,000 Christmas travellers had their plans thrown into chaos when flights were grounded from Wednesday night to early on Friday. More than 1,000 flights were cancelled or diverted during the 36 hours of disruption but the airport hopes to run a near-normal service from today.

However, a spokesman for Gatwick said: “Passengers should expect some delays and cancellations as we continue to recover our operations following three days of disruption.”

The airport urged passengers to check the status of their flight before travelling.

The police said tactics were being deployed to “build resilience to detect and mitigate further incursions from drones”. A spokeswoman for the airport said military measures put in place at the airfield made it safe to reopen.

The chaos has prompted a backlash over failures to tackle a long-standing threat from drones.

Andy McDonald, Labour’s Shadow Transport Secretary,  said: “We’re all relieved that Gatwick has reopened, but the Government now needs to admit that the chaos of the past two days was a consequence of its own failures.

“The Government has neither understood nor fully assessed the risk posed by drones to the UK’s national infrastructure. It has not undertaken anything like appropriate contingency planning. And it has not prepared properly, despite protective technology being available.

“It’s obvious that drones should not be able to get anywhere near an airport before being taken down. But the Government has dithered and delayed on regulating drones. Once again, there is a lack of leadership from the Transport Secretary.”