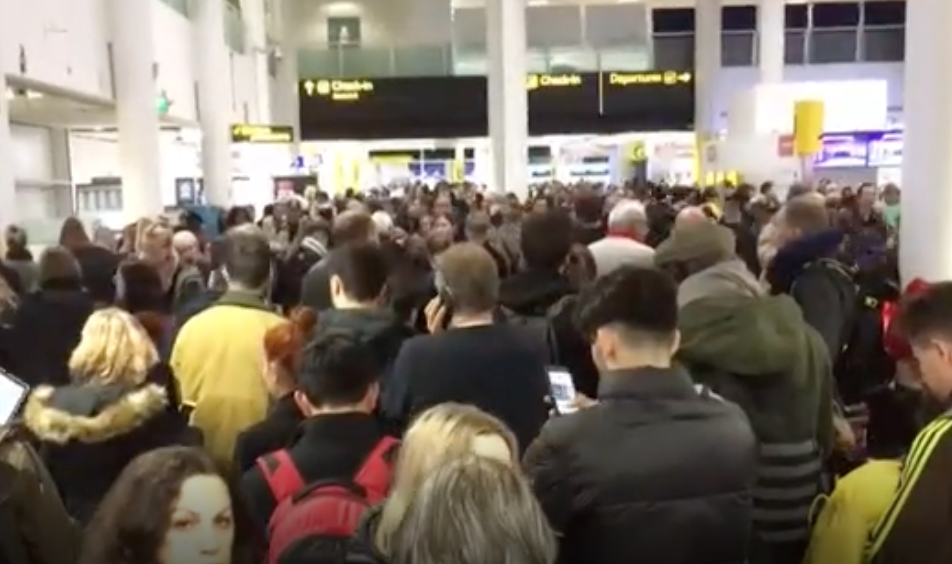 Confusion spread as flights were grounded

Gatwick Airport resumed flights after earlier being forced to ground aircraft after new suspected sightings of drones around the airfield.

The airport resumed arrivals and departures this morning and still hopes to operate a near-normal service from tomorrow.

It was forced to ground more flights just after 5pm. In a statement at 6.20pm the airport said: “Flights have now resumed at Gatwick following a reported drone in the area. While we investigated, airfield movements were suspended.

“This was a precautionary measure as safety remains our main priority. The military measures we have in place at the airport have provided us with reassurance necessary that it is safe to re-open our airfield.”

It came after management offered assurances that the army had helped introduce new safety measures.

He said: “Overnight we have been able to work with partners, including Government agencies and the Military to put measures in place which have provided the confidence we needed to re-open the runway and ensure the safety of passengers, which remains our priority.”

With thousands of passengers struggling to complete their journey, Mr Wingate issued an apology for the inconvenience caused by “criminal activity”.

He revealed that the security services had been brought in with the police and army to help trace those responsible for flying drones near the airfield, causing all flights to be grounded since just after 9pm on Wednesday evening. Additional staff right across the airport were called in, many from Christmas leave.

Police described it as a “deliberate” act and Mr Wingate said it was “a highly targeted activity which has been designed to close the airport and bring maximum disruption in the run up to Christmas.”

He said drones were still being spotted around the airfield and he was not in a position to say when it would be safe to reopen the airport.

Incoming planes were redirected – with some landing in Paris and Amsterdam. Others were sent to Heathrow, Luton and Manchester.

About 110,000 passengers on 760 flights were due to fly on Thursday. The airport said disruption could last “several days” and that another drone device had been spotted around lunchtime.

Travellers – including those with flights from Glasgow, Edinburgh and Aberdeen – have been told to check the status of their flight. 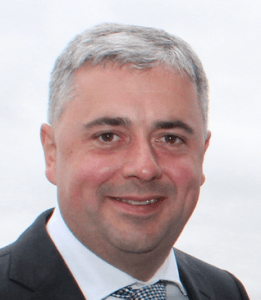 In a statement, Mr Wingate (pictured), said: “On behalf of everyone at Gatwick I would like to repeat how sorry we are for the inconvenience this criminal behaviour has caused passengers and we share their real anger and frustration that it has happened.

“This is a highly targeted activity which has been designed to close the airport and bring maximum disruption in the run up to Christmas. We are working very closely with the police and the security services to try to resolve this for passengers.

“We hope passengers appreciate that we must and will always prioritise their safety over everything else. We are all working flat out to minimise inconvenience and have additional staff in both terminals assisting passengers who are waiting. Regrettably we are still not in a position to say when it will be safe to reopen the airport. As soon as we can we will.

“To recap the facts: We first had reports of two drones flying in and around the airfield at 21:03 last night. As a result, we took immediate steps to close the runway in accordance with our airport safety protocols. We obviously wanted to be in a position to reopen the airport again as quickly as possible. We are still receiving drone sightings in and around the Gatwick airfield. Therefore, until we are confident that the issue has been resolved it would clearly not be in the interests of passengers to do so as we could be jeopardising their safety.

“So regrettably, for the time being, the airport will remain closed as a result of this criminal activity. While some airlines have cancelled all flights up to 7pm tonight, we would encourage all passengers to check the latest information on their flights directly with their airline or on the Gatwick website.

“We are working hard with both the police and Government agencies as we seek to resolve this situation. We know that everyone, including Government, appreciates the severity of the situation and are very grateful for the active role that the police are taking to try and resolve this. We all recognise the urgent need to take the necessary steps that can lead to services getting back to normal as quickly as possible.

“Although not for today, these events obviously highlight a wider strategic challenge for aviation in this country which we need to address together with speed – the aviation industry, Government and all the other relevant authorities. It cannot be right that drones can close a vital part of our national infrastructure in this way. This is obviously a relatively new technology and we need to think through together the right solutions to make sure it cannot happen again.

“In the meantime all our focus is on sorting the current challenge and getting services back to normal for passengers. At the moment, I am not in a position to say with certainty when that might be but everyone is doing whatever they can to help make that happen.”

The shutdown began around 9pm on Wednesday and the runway was briefly reopened just after 3am but was forced to close again about 45 minutes later amid “a further sighting of drones”.

Initially about 2,000 flights had been unable to take off after the two drones had been seen flying over the perimeter fence.

Twenty police units from two forces were hunting for the drone operator.

It is illegal to fly a drone within 1km of an airport or airfield boundary. Endangering the safety of an aircraft is a criminal offence which can carry a prison sentence of five years.