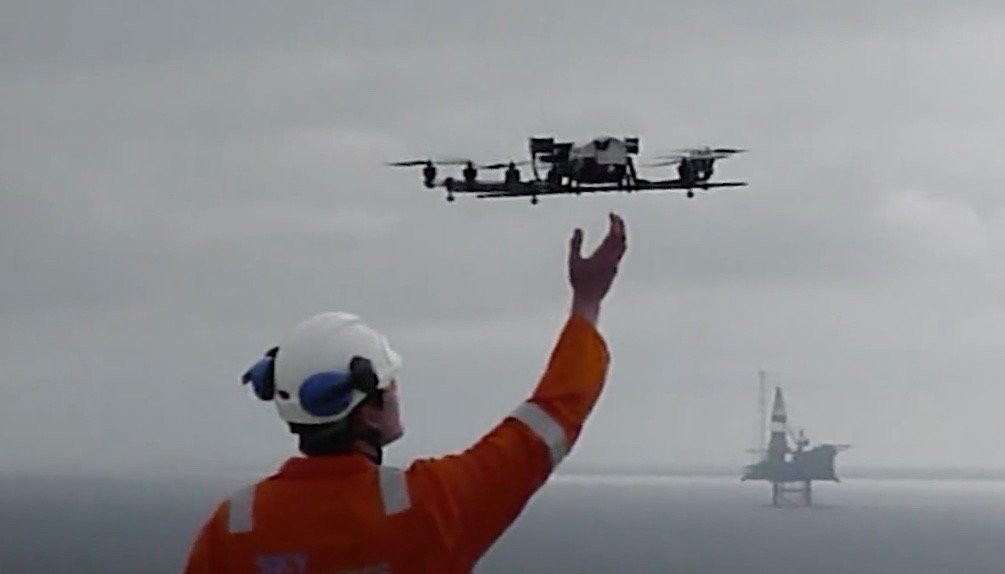 Drones will be used increasingly in the energy industry

Drone technology is expected to transform many industries and contribute £1.1 billion to UK GDP by 2030 according to new research.

The electricity, gas, mining and agriculture sectors are likely to account for a third of the 76,000 drones that will be in the skies by that time.

Skies without limits, a report by PwC,  analyses the broader economic impact from drone technology, with a particular focus on seven sectors. Drones are being used in applications from flame-throwing to clearing rubbish from power lines.

Steve Jennings, PwC’s UK energy leader, said: “The UK energy industry is at the early stages of drone adoption, and the projects we are seeing tend to have very specific objectives.

“As businesses gain experience with this technology, we expect to see more evidence of the accumulation of drone collected data across wider programmes and tighter integration with other sources of management data.

“As well as being a more efficient way of gathering standardised, tangible data than people on the ground or in manned aerial vehicles, it’s worth noting that they can also do it in a fraction of the time and without risking human life.

“That is of particular benefit across mining, gas and electricity sectors. And by automating routine tasks, improving effectiveness, safety and reducing costs, drones will free up people to focus on higher-value work.

“For utilities, just owning drone equipment will not be a differentiator – it’s how they then apply drones-captured image data in fields such as power plants, electrical substations or power lines and continue to innovate that will allow them to gain a competitive advantage.”

The analysis also reveals that rising use of drone technology has the potential to save the UK up to £16bn in costs by 2030 through increasing productivity, with the electricity, gas, mining and agriculture sector set to benefit by £0.1bn.

In addition, as many as 4,800 drones could be employed in the construction and manufacturing sector, and could boost UK GDP by £8.6bn by 2030.

In the construction sector, drones are already providing cheap and efficient ways to map sites and track construction progress against schedule and the original design as well as inspecting  structures for ongoing wear and tear.

Elaine Whyte, UK drones leader at PwC, added: “There is a need for current UK drone regulation to advance to see the estimations in our report become a reality, but it’s positive to see the Government already taking proactive steps to address this with the draft Drones Bill.

“In order to realise the full potential from drones, the immediate focus must be on developing society’s confidence in the technology to help drive acceptance and increase adoption.

“While drones are often currently viewed as more of a toy, by combining this emerging technology with the right business understanding and human insight there is a huge opportunity to help solve some of business and society’s most important problems.”