The cloud is best defence against security threats 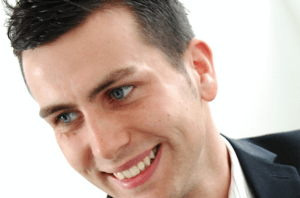 Security issues surrounding cyber commerce and communication must surely be among the most unsettling in an age in which the world has never been more dependent on instant interconnectivity.

Hacking allegations surrounding the US election continue to cause unease; critical infrastructure is in danger of becoming a target; denial of service attacks are becoming increasingly common; and even the defences of high profile names such as Yahoo, LinkedIn and Tesco have been breached.

It would be reasonable, in such a climate, to expect that the impact on the cloud-based systems which host day-to-day interactions would be dramatic.

However despite incidents which have attracted headlines in 2016 (a year in which more than two billion records were stolen) there still appears to be a strong element of trust in the integrity of the cloud.

Why should this be the case? Well, over a career which has focused on migrating businesses large and small to the cloud, I have found that accessibility, flexibility, mobility, reliability and costs trump concerns about security in the vast majority of cases.

I suspect the underlying reason is that users are now comfortable with the cloud as an essential component of their communications infrastructure. Look at the billions who use cloud-hosted facilities such as Gmail and Facebook on a daily, if not hourly, basis.

It is not hard to understand why this element of trust exists. The proven benefits include disaster recovery, hot backups, scalability, data encryption, role level access and strong password policies.

Another important benefit, referred to as data redundancy, is the process of having a constant backup on another server so that in the event of a catastrophe the system could shut down immediately and all the stored data would jump onto one of thousands of new servers worldwide with only limited disruption.

In recognition that we are in a rolling battle with the cyber criminals, the EU is introducing the General Data Protection Regulation in May 2018 as a result of which global companies such as NetSuite are required to be compliant with data centres for EU customers hosted within the EU.

The US also is increasingly turning the spotlight on to accountability, with organisations such as the Federal Trade Commission taking a strict line with companies for perceived security beaches or privacy failures.

In a climate of security challenges, some organisations – particularly smaller ones – may still consider self-hosting, on the grounds that data remains within their control, affording an apparent peace of mind.

But that perceived assurance comes with a cost. That cost includes the need to purchase additional hardware to scale up, data and time loss in an outage, and fees which are incurred whether or not all the resources are used.

Given that the conflict with the criminal side of the connected world is not going to cease anytime soon, it makes sense to have the best possible defences.

And that, for the foreseeable future, means the cloud.

Baronial grandeur offers the chance to live in luxury

Why supporting charity is good for business