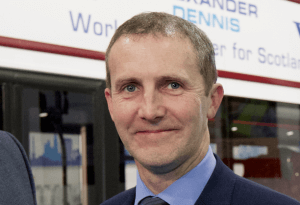 A £31.5 million contract to construct the Maybole bypass on the A77 south-west of Glasgow has been awarded to Wills Bros Civil Engineering.

The announcement builds on the investment already delivered across ten improvement projects since 2007 on the A77 and A75.

Transport Secretary Michael Matheson, pictured, said: “The local community will benefit from opportunities created for small and medium enterprises to bid for subcontractor roles and the provision of at least four vocational and seven professional, site-based training opportunities.

“The contractor anticipates that the project could employ up to 165 people, during the months of peak construction activity, a number of which are created by the project.”

He added: “We recognise the strategic importance of providing good transport links on the major routes to the key port at Cairnryan. Delivering the Maybole Bypass will provide better journey time reliability for road users as well as improved safety and environmental benefits for the local community.”

The project will include a new 5km bypass and associated junctions. The bypass will separate local traffic from those travelling longer distances, including to the port. 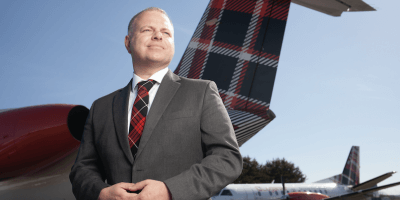 Loganair first to add carbon charge to cost of flight

Jonathan Hinkles: huge task ahead Loganair will become the first airline in the UK toRead More