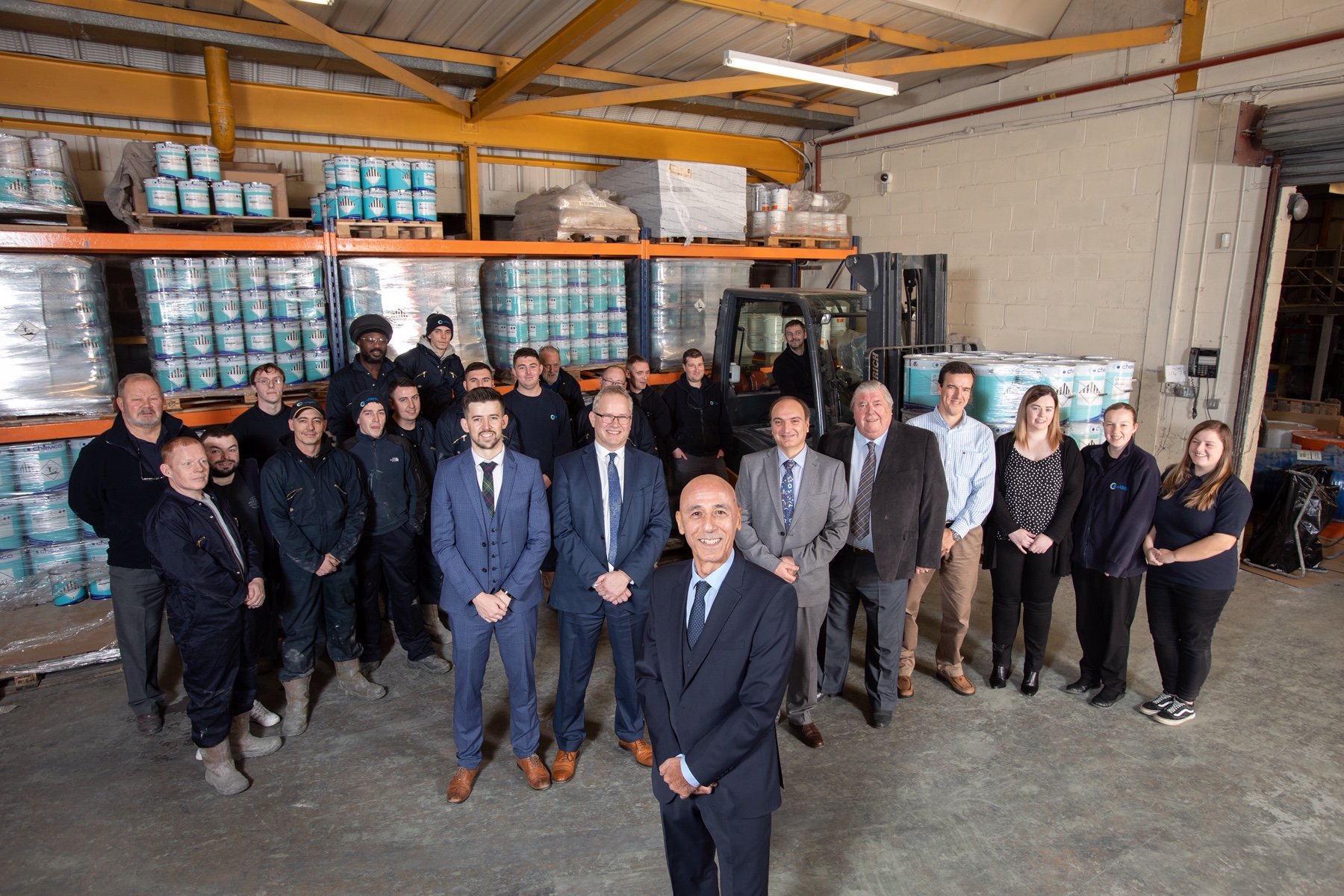 Chemco International, which designs and manufactures protective coatings, has become the latest company in Scotland to become 100% employee-owned as it eyes continued growth.

The move comes as the Coatbridge-based company, which delivers environmentally-friendly products for a range of industries throughout the world, plans to add to its 24 employees with the creation of additional jobs.

Manny Khorasani, who founded the company in 1990, said: “Around 18 months ago I started thinking about taking a back seat in the business.

“We are almost an institution in the area, having been here for almost 40 years. That’s why it was really important to me that the company not only stayed within the local community, but that the jobs and the skills of the staff, who all live locally, were retained and protected.

“I looked at a number of different options, including selling the business, but my concern was that due to the nature of the business, a trade buyer would most likely relocate the company. None of the options I explored delivered the business continuity I wanted for our customers and employees and this is when the employee ownership became an attractive option.

“It’s a very exciting time for our company and we all look forward to the opportunities this brings. As far as I am concerned employee ownership is a win, win situation for all concerned and it is my belief that this will be the way forward in the near future.”

An Employee Ownership Trust has been formed which will hold 100% of the shares on behalf of the employees. The transition to employee ownership was supported by Co-operative Development Scotland (CDS) with the process managed by 4-consulting, legal services by Blackadders Solicitors and accountancy support from Sharles Chartered Accountants.

Sarah Deas, director at CDS, the arm of Scotland’s enterprise agencies which promotes employee ownership, said: “Chemco International is a company which has a sense of responsibility to the local community at its heart, that’s why Manny’s key priorities were to safeguard the future of the company and to ensure that local jobs and skills were retained.  Moving to employee ownership has delivered on this, whilst giving staff a stake in the company and a say in its future.”

There are around 100 employee-owned companies operating in Scotland, with approximately 7,000 employee-owners generating a combined turnover of around £940 million.