Agency to announce deals in UK A young Scottish marketing agency has redesigned the labelling for two of Australia’s best-known craft breweries.

Glasgow-based Thirst, which only began operating four months ago, has created a series of bespoke labels for Bridge Road Brewers and Doctor’s Orders Brewing, leading proponents of Australia’s own “craft beer revolution”.

It expects to announce deals with a number of British brewers early in the new year.

The Australian deal was for a range of Berliner Weisse beers, with variations made using raspberry, grapefruit and even rhubarb! The series was launched at a roof-top party in Sydney at the weekend, with the beers going on sale in select beer shops in Australia. A limited batch of the beers will make their way to the UK.

Thirst, which is based in the South Block arts hub in Glasgow’s Trongate area, was founded by Chris Black and Matt Burns in August this year. Both have a rich past in beer and brewing, with Mr Black having spent the past three years at the world-renowned Fyne Ales in Argyll and Australian Mr Burns spending six years working as a freelance designer, increasingly specialising in the craft drinks industry.

Mr Burns said: “The prospect of Bridge Road and Doctor’s Orders collaborating has been on the cards for a long time. I’d always hoped that when the day came I would be considered to do the artwork for the beer. When I heard it was going to be a four-part series, the hunger grew even more. We were of course thrilled to be awarded the design deal.

“It feels quite surreal to have designs we created in Glasgow now being seen in cities such as Brussels, Moscow, Copenhagen, Melbourne and Sydney, but we’re delighted.

“These labels are going on some great beers, and it’s a great boost for us to have such well known breweries support our brand work.”

“For us, a small agency based in Glasgow, being recognised by a brewery such as Lindemans was such an enormous thrill, and was exactly why we started Thirst: to work with the best. Lindemans, as well as Loch Ness Brewery, (rebranding launched at the Bow Bar, Edinburgh, pictured below)), Bridge Road Brewers and Doctor’s Orders Brewing, we consider to be among the very best in the industry.”

Darren Robinson, head brewer of Sydney-based Doctor’s Orders Brewing said: “Artwork and branding is always a tough one for collaboration beers. You want each collaborator’s respective brands to be represented but the resulting beer to still stand for itself. This is what Thirst brings to such projects.

“A new identity that still equally respects and represents the conspirators. The resulting artwork for this collaboration beer brilliantly represents and embodies the style as well as those who produced it.”

Mr Black said: “We’ve been working with a number of Scottish brewers, including Loch Ness Brewery, for some time, so it’s great to have this international recognition from Lindemans as well as Bridge Road Brewers and Doctor’s Orders Brewing. Matt’s designs are beautiful, so I’m sure they’ll give drinkers something to talk about as well as the great beer inside.” With the UK now home to more than 1,400 breweries, Mr Black said brewers are under ever more pressure to make their beers stand out on the crowded shelves.

“Increasingly, craft beer drinkers are recognising that, as much as the beer and brewery are important, a piece of artwork on the label suggests the contents inside are probably pretty special too,” he said.

Mr Black also revealed that his company was in talks with a number of British breweries, with a major announcement expected early 2016.

“For many breweries, loyalty and reputation will be enough, but the world’s best breweries, as well as great beer, also have a very strong visual identity. That’s something we’ve helped Loch Ness, Lindemans, Bridge Road Brewers and Doctor’s Orders Brewing achieve.”

Talking about the Loch Ness Brewery’s recent rebrand, Mr Burns said: “Everyone knows Loch Ness and the unmistakable beast Nessie. From the outset it was identified she had to be at the forefront of the brand.

“We wanted Loch Ness Brewery’s impression of Nessie to appeal to all drinkers. The most challenging aspect of this project was trying to project Nessie in a sophisticated fashion … without the fluffy hats or big angry teeth.

“We feel that this simple, yet bold packaging system strikes the right tone perfectly. The concept is based on someone’s behaviour when visiting Loch Ness for the first time. Did I see that, or are my eyes playing tricks on me.”

Linkedin
News, Scotland, World No Comments » Print this News
How mindfulness could lead to better leadership Previous News
Next News Transport trio hired in move to draw line under dispute 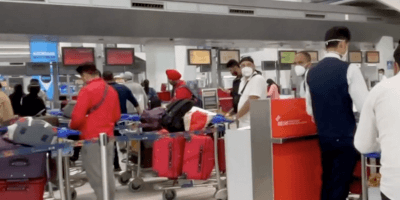 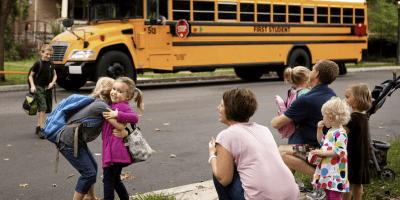