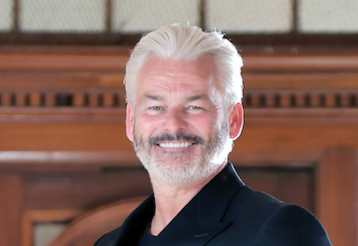 The boss of a company re-born after being forced out of business in a payments row has pledged never to work again with the construction sector.

Mark Ward, managing director of the newly-formed Power One Group, said the company had secured a series of contracts in the telecoms and utilities sectors after it was relaunched. It is now on course for a first year turnover of £2.5 million.

The group has landed a prestigious beacon project for 14 heritage and tourist destinations, including Kelvingrove Art Gallery and the city’s famous Willow Tearooms, to celebrate the 150th anniversary of the birth of Charles Rennie Mackintosh.

In a deal brokered partly by late payments campaigner Ken Lewandowski, Gallford Try agreed to a part-payment of the monies owed, but it did not prevent the Paisley-based company failing. Mr Ward vowed that Power One will never again take on a construction contract.

He said: “SMEs are simply not protected. It’s too much of a risk and often, not until nearing the completion of contracts that things start to go wrong and smaller companies become exposed. It’s a risk we’re simply not willing to take.“

Ward has been invited to speak on the subject at a Parliamentary Review in Westminster by Lord Blunkett and Sir Eric Pickles.

“We have gone back to our roots, focussing on smaller contracts and sticking to what we know best.

“With 5G just around the corner we are preparing for the massive opportunity this presents and anticipate building turnover to £4m next year, then up to £6m the following year.

“Our next step is to secure investment, ideally from an active equity partner with experience of our sector, to help us push forward with our next stage of growth.”

Power One now has 23 employees and is supported by Scottish Enterprise and the Scottish Investment Bank, advised by Campbell Dallas and banks with Bank of Scotland.