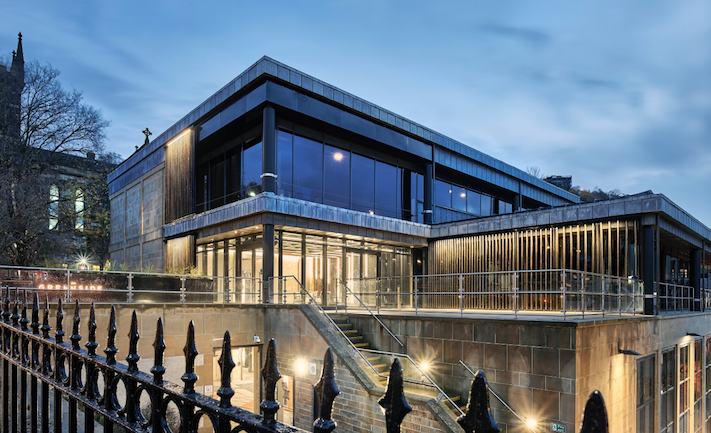 Chris Stewart Group, the property developer, has sold another of its refurbished schemes to a private investment fund.

The five storey office building, covering 38,000sq ft, was purchased by CSG in 2016, with funding support from the Government-backed SPRUCE initiative, after it had lain empty for a number of years.

Following an extensive refurbishment the building at the foot of Calton Hill was refitted and is currently 85% let, with only 5,000 sq ft remaining.

It is the new head office of Nucleus Financial, the financial services group headed by David Ferguson and soon to float on the stock market.

Greenside is the first property acquired by LCI in Scotland, and follows investments in Germany, Belgium, France and the UK. Both parties have agreed to keep the sales price confidential.

This latest deal by the Chris Stewart Group team follows the sale of 20 West Register Street. The 60,000 sq ft office building which is being built as part of CSG’s Edinburgh city centre regeneration project, The Registers, has been acquired by the international real estate firm, Hines, in a forward purchase arrangement, for its European Core Fund.

Keith Mackie, development manager at CSG, said: “As a building, Greenside always had potential and bringing it back to life to appeal to modern ambitious occupiers has tested all who have been involved. However, with the right design and management approach it is now a very impressive addition to Edinburgh’s office stock.

“It is now occupied by some of the most exciting companies in technology, science and renewable energy and has attracted the attention of international investors.”