Drinkers hit as court rules in favour of minimum pricing 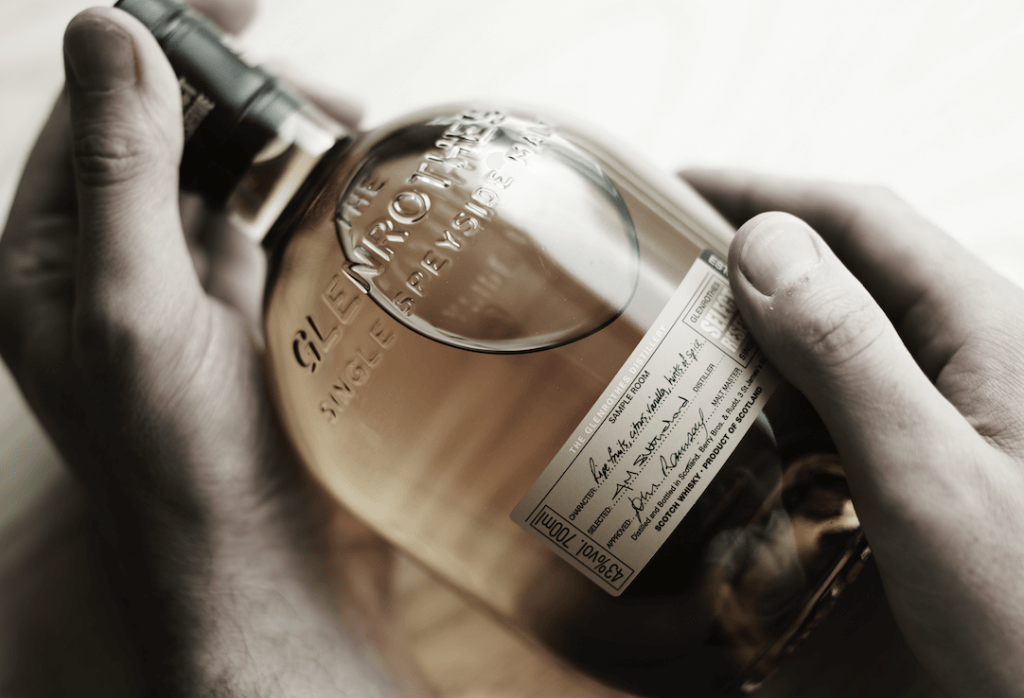 Scottish drinkers face a hike in the price of alcohol after the Supreme Court rejected an appeal against minimum pricing legislation.

It means Scotland will become the first country in the world to have a minimum unit price for alcohol.

The judges ruled the measure was a “proportionate means of achieving a legitimate aim”. The Scottish government argued that cheap alcohol is harmful to health.

The judges heard an appeal led by the Scotch Whisky Association which claimed that the policy amounts to a non-tariff trade barrier and would be damaging to the industry.

Karen Betts, chief executive of the Scotch Whisky Association, warned that the verdict and the legislation would lead to overseas markets punishing Scotch and this would require more help from the government.

In a statement issued after this morning’s ruling, she said: “We accept the Supreme Court’s ruling on minimum unit pricing (MUP) of alcohol in Scotland.

“Looking ahead, the Scotch Whisky industry will continue to work in partnership with the government and the voluntary sector to promote responsible drinking and to tackle alcohol-related harm.

“We will now look to the Scottish and UK Governments to support the industry against the negative effects of trade barriers being raised in overseas markets that discriminate against Scotch Whisky as a consequence of minimum pricing, and to argue for fair competition on our behalf.

“This is vital in order that the jobs and investment the industry provides in Scotland are not damaged. At home, we hope to see an objective assessment of the impact of MUP.”

The campaign was not supported unanimously by the drinks industry. Paul Bartlett, corporate relations director at C&C Group, owner of Tennent’s lager, said the company welcomed the verdict and hoped other countries followed suit.

“C&C Group plc has been a strong and vocal supporter of Minimum Unit Pricing since it was first proposed in 2011.

“We welcome today’s landmark decision. It is the right move to make; a progressive step forward in tackling the problems of alcohol misuse in Scotland and we congratulate the Scottish Government on its perseverance.

Comment: Will Minimum Unit Pricing be a pyrrhic victory?

“Although the majority of Scots enjoy alcohol responsibly, we are concerned about the availability of strong, cheap alcohol and its correlation with harmful drinking that causes misery across Scotland. As part of a package of measures, Minimum Unit Pricing will help to address this.

“We also hope similar legislation can be realised across other territories we operate in, including Ireland and Northern Ireland.”

In a hard-hitting message, he said: “My association has been arguing for price controls on alcohol since Retail Price Maintenance on alcohol was abolished in the late 1960s. So today is the end of a long journey for us. Needless to say we are delighted that this positive decision has finally been reached.

“Alcohol consumption in the UK has more than doubled over the last 40 years. As consumption has increased, so has alcohol related harm. The consequences of this abuse affects all of us, and costs society more than £2 billion a year.”

Waterson continued: “The relationship between low prices and increased consumption is obvious. Supermarkets’ strategy of using alcohol as a loss leader, very often charging prices cheaper than water which is totally irresponsible, is a major factor in causing much of the alcohol abuse we see in Scotland today.

“Minimum pricing will be a major element in eradicating these problems.

“Cheap priced alcohol has turned Scotland into a nation of stay-at-home drinkers.  72% of total alcohol sales in Scotland are off-sales, 80% of this total is sold by supermarkets. When people drink in uncontrolled environments alcohol-related problems increase significantly.”

He concluded: “Our market needed intervention to bring back price stability. The market could not correct itself – it needed robust government action. The only efficient way of doing that is by minimum pricing. We applaud the Scottish Government for their policy.

“Already this year we have seen in the run-up to Christmas many television adverts advertising irresponsible supermarket deals on alcohol which will seduce people into drinking more than they would normally. Thanks to this legislation loss leading of alcohol at child friendly prices will become a thing of the past.”

First minister Nicola Sturgeon introduced the minimum unit pricing measure when she was health minister, and it was passed by the Scottish parliament in 2012 with a majority of 86 votes to one.

It aims to reduce alcohol consumption by imposing a minimum unit price — initially set at 50p for a unit of alcohol.

The Scottish government claims that it will help reduce rising cases of liver disease and cirrhosis. In 2015 it was reported that alcohol was responsible for 20 deaths per week in Scotland.

Alcohol consumption north of the border also remains about a fifth higher than the rest of the UK, with the difference in sales almost wholly made up by off-trade units, particularly lower priced vodka.

The legislation will mean a 70cl bottle of spirits with an alcohol by volume (ABV) level of 40% would cost at least £14 while strong cider will double in price.

The pricing policy could also hit sales of cheap imported wines. A report by NHS Scotland in 2014 found that based on 2013 figures, 37% of wine was sold in retail outlets at below the 50p minimum pricing unit — including 97% of Bulgarian wine. Portugal and Bulgaria have argued their exports of wines to Britain would fall sharply if the minimum price policy were put in place.

Since being passed the legislation has caught up in legal debate as the drinks industry claimed that education rather than raising the price would be a more effective means of tackling alcohol abuse.

A group of traders, including the Scotch Whisky Association and Spirits Europe claimed that the plans contravene EU trading rules and free movement of goods.

There are also concerns that raising the price will send out a damaging message to other countries and risk undermining efforts to reduce taxes in those territories.

Exports of Scotch whisky rose to more than £4 billion last year, accounting for more than a fifth of the UK’s total food and drink exports. About 90% of whisky is exported.

Mrs Betts, who recently became CEO at the SWA said on her appointment: “Minimum pricing schemes amount to non-tariff trade barriers and this is of real concern to our industry.

“Were other governments to follow the Scottish government’s lead, the Scotch whisky industry would be damaged and with it the jobs and communities which rely on the industry’s continued success.”

Speaking at the turn of the year about its decision to appeal, acting chief executive Julie Hesketh-Laid said: “This is not a decision we have taken lightly. It comes after wide consultation with our member companies and other parties to the case to see whether there is an alternative way forward.”

She said it was the SWA’s “strong view” that minimum pricing is incompatible with EU law and likely to be ineffective.

The Scottish government has argued that tax increases, as some suggested, were not an option since the UK already had the fourth-highest rate of duty on alcohol in the EU — yet the Scottish population continued to suffer health issues.

Defending its proposals, Health Secretary Shona Robison said: “The Scotch Whisky Association’s decision to appeal against the emphatic ruling from the Court of Session is deeply disappointing.

“Minimum unit pricing is one of a range of measures we are implementing to reduce alcohol-related harm.”

Introducing a minimum price will require secondary legislation in Scotland and the expectation is that the law could be introduced by the Spring. Scottish Liberal Democrat leader Willie Rennie said it should be hurried through parliament to bring it into force before Christmas.

“We’ve waited for five years to get this breakthrough so it is vital that the Scottish Government acts without delay before any more lives are wrecked,” he said.

However, retailers called for time to make preparations for the change. Ewan MacDonald-Russell, head of policy and external affairs at the Scottish Retail Consortium, said: “The debate over the legality of Minimum Unit Pricing of Alcohol is now over. The priority now is for the Scottish Government to provide clarity on how the scheme will work in Scotland, and to allow a fair timeframe to give businesses the opportunity to prepare.

“The SRC wants to work with the Scottish Government to ensure the best system possible is put into place for retailers and consumers. We believe that will require both a reasonable implementation period, of at least six months, and clear guidance so retailers understand exactly how they can effectively implement the policy.”

Graeme Young, a competition partner with law firm CMS, noted the impact on government policy. He said: “The precedent set here will have potentially significant implications for the rules governing the Government intervention in markets.

“The Scottish Government’s MUP policy is one of a number of similar initiatives, including for example introduction of a sugar tax and energy price caps, where there appears to be a greater appetite to implement targeted market interventions to change consumer behaviours.

“One further interesting issue the Scottish MUP case raises is how the UK’s departure from the EU Single Market, which has generally resisted state intervention in markets, may impact the legal landscape for these types of case, and whether this is likely to relax the rules further on such measures.”

Audrey Ferrie, legal director of law firm Pinsent Masons and a specialist in liquor licensing law, said before the verdict was announced that the case would be closely watched by the industry and supermarkets.

Comment: Will Minimum Unit Pricing be a pyrrhic victory?