Waste-to-energy plant goes ahead at former coal mine 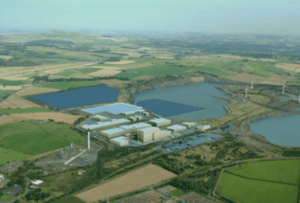 Plans for a 220,000-tonne waste incinerator on the site of a former open cast coal mine in Fife have taken a step forward after the company announced work will begin next March.

Full planning permission was granted in February for the energy-from-waste facility which forms part of a renewables park at the former Westfield mine, near Ballingry. It aims to offer cheap renewable heat and power to attract other industrial operators to invest in the site.

The energy firm said that during construction the project will employ more than 400 workers, with 40 long-term jobs created. Brockwell recently began work on a similar £210m plant at Grangemouth.

Westfield was the site of one of the UK’s largest open cast coal mines. Mining began in the 1950s and finished in the 1980s. The site has been largely derelict since then. Following the collapse of Scottish Coal in 2013, the site was acquired by Hargreaves Services. In 2017 it set up Brockwell Energy to look at new investment prospects in renewable energy.

Chief executive Alex Lambie said: “We are delighted to be able to confirm the build of Westfield, coming so soon after the commencement of construction on our 220,000-tonne Earls Gate energy-from-waste facility in Grangemouth on January 7 this year. It really is a very exciting time for the company.

Founders: David Pike and Karin Sode People’s Energy, which was set up in Scotland toRead More