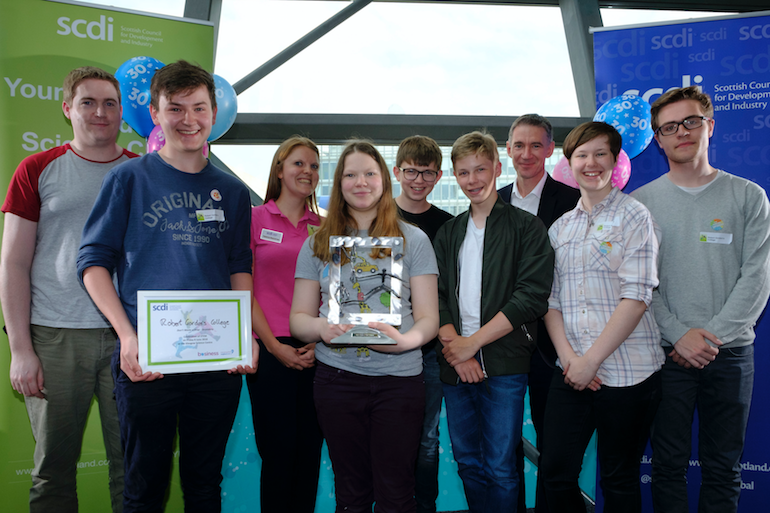 Knots to Watts – a Young Engineers and Science Clubs (YESC) project jointly supported by Vattenfall, Crown Estate Scotland and the Institute of Physics in Scotland (IOPS) – came to an exciting finish.

Thirteen schools (primary and secondary) from across Scotland showcased their designs and battled it out for first prize at YESC’s National Celebration of Science, Technology, Engineering and Maths (STEM).

The event was attended by 50 schools and 300 pupil from across Scotland and took place at Glasgow Science Centre.

The winning teams (Clerkhill Primary and Charleston Academy) each picked up a hand-crafted trophy and £250 toward STEM resources. Robert Gordon’s College picked up the Knotts to Watts Special Award and will receive a 3D Virtual Reality workshop for their class.

The technology behind the 3D workshop has been developed by 3DW and used by Vattenfall on a number of projects. Learning tutors from Vattenfall and 3DW will visit their school and using their specially developed software, students will build an offshore wind project. They will then be able to review their project in 3DVR using Oculus Rift 3D Virtual Reality goggles. 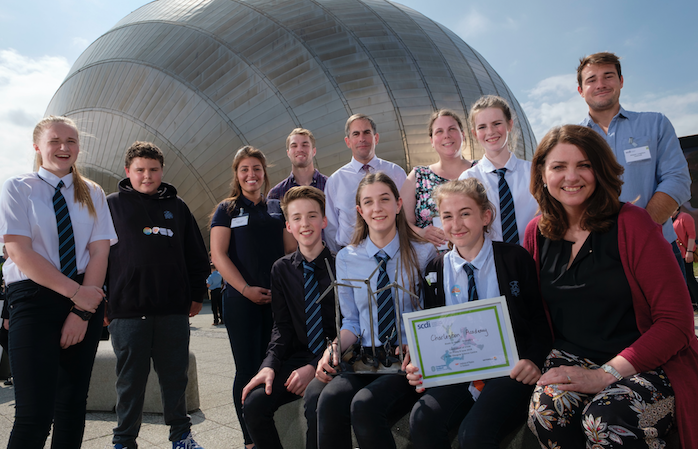 This experience gives the students the opportunity to take their project from inception through to clean energy power generation. The software programme involves getting pupils to consider a range of project development factors including finance, research, innovation and construction to offer an experience that is as realistic and immersive as possible.

Natalie Ghazi, Vattenfall’s local liaison and project communicator for the European Offshore Wind Deployment Centre (EOWDC), said: “We were really impressed with all the schools’ projects and the enthusiasm and ingenuity that went into them.

“We would like to congratulate Clerkhill, Charleston and Robert Gordon’s College on winning the prizes at this year’s Knotts to Watts challenge, which is a fantastic STEM initiative and one we are very pleased to support. 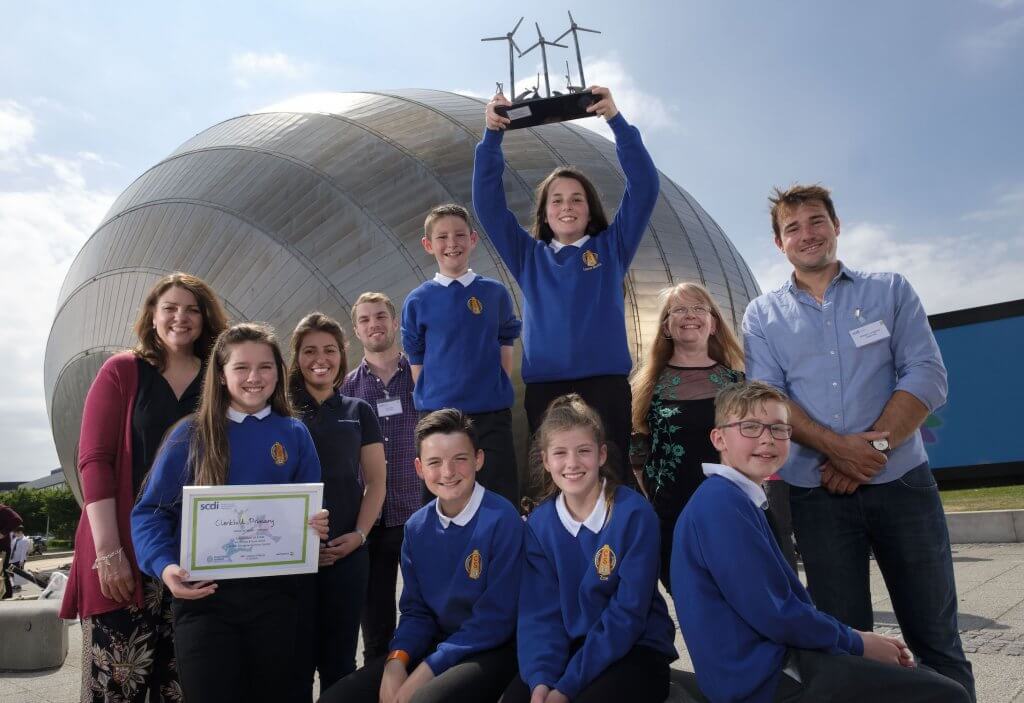 “As Scotland’s largest test and demonstration facility, the EOWDC is a hub of innovation which has marked a number of industry firsts during construction.

“We have enjoyed sharing our expertise and experiences on this project and that of other Vattenfall wind farms, and we hope it encourages young people to consider a career in the vibrant and growing wind energy industry which offers a diverse range of long-term career opportunities on a global platform.”

The Knots to Watts project aims to inspire school pupils to research offshore wind technologies by designing and building a floating wind turbine that generates electricity.

The project distributed 70 kits, containing components parts to be incorporated into the models, to primary and secondary schools across Scotland who took part in the project. Participants were also asked to compile a profile of innovations in offshore wind to present.

Thirteen of these schools entered the showcase today and judges from Vattenfall, Crown Estate Scotland and the Institute of Physics in Scotland (IOPS) quizzed them on their research findings and design choice before watching on as their models were tested in a purpose-built wind tunnel.

Wave signs up for project

Wave was one of 22 industry partners that attended the event to inform young people on the wide range of careers open to those with a background in STEM.

Robert Gordon’s College and Sgoil Dhalabroig were winners of the challenge. 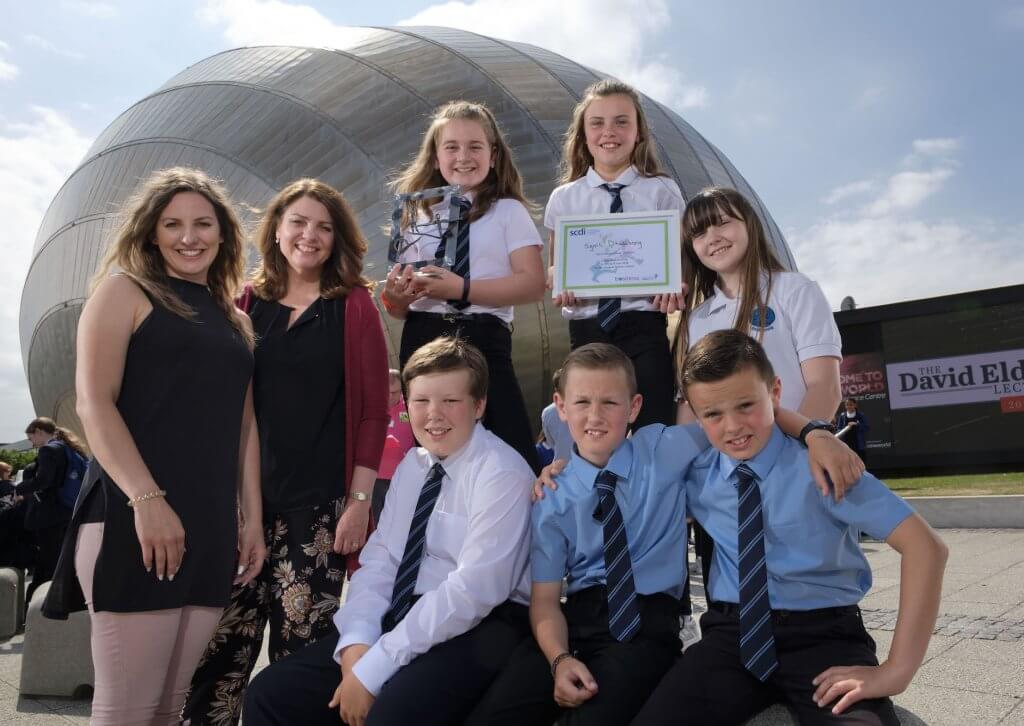 Tony March, Public Sector Manager from Wave, said: “This event has been a great opportunity to show these talented young people the wide variety of careers open to those with STEM qualifications and get them excited about their future job prospects.

“We’re proud to have supported this challenge and to highlight not only the difficulties faced by water suppliers in keeping water flowing 24 hours a day, 7 days a week, but also to inspire the next generation of STEM recruits, highlighting the variety of careers open to those with STEM qualifications.

“Particularly within the water industry, we are continually looking for people with a STEM background as it is these people who are integral in our day-to-day operations. This is why Wave is committed to working with partners such as SCDI to help inform young people of the many different STEM career paths they can follow.”

Rebecca MacLennan, YESC’s Programme Director, said:  “We were delighted to be working on this project in partnership with Wave.  Water leakage is an important issue for households, businesses and the environment.

“The theme of water conservation provides a topical context for pupils in schools across Scotland to develop their interest in science and engineering.

“Throughout the challenge they have developed valuable skills for learning, life and work while gaining a fantastic insight into the diverse range of career opportunities within Wave and the sector.”