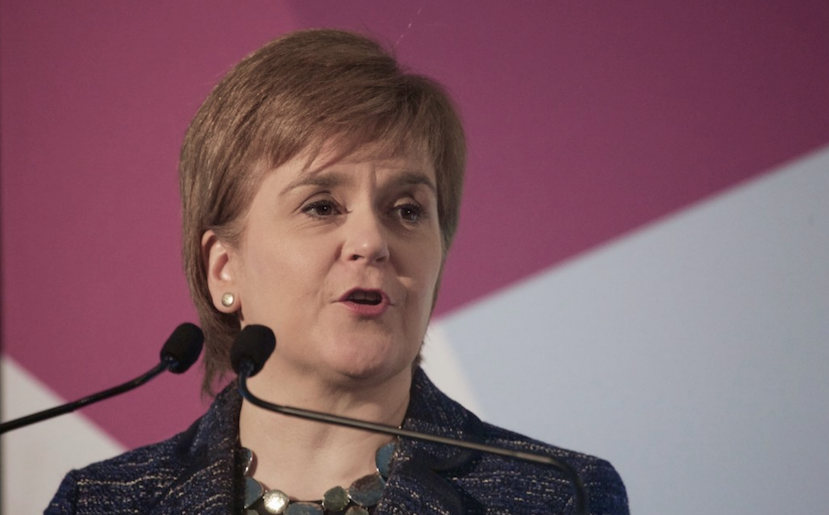 Sturgeon: accuses Westminster of being shambolic (photo by Terry Murden)

First Minister Nicola Sturgeon will today ramp up the independence message by renewing her call for powers over immigration to be devolved to Holyrood.

She will highlight this week’s threat to deport a nurse from Paisley as an example of Westminster’s failing migration and Brexit policies.

Addressing the SNP’s conference in Aberdeen she will say: “While the shambolic Westminster Tory government is holding Scotland back, the Scottish Government is moving Scotland forwards.

“We are governing in  tough times. The legacy of the recession and the continued reality of Westminster austerity challenges us every single day.

“At times like these, and for parties like ours, two things are more important than ever. To focus on what makes a difference – not just now, but in the long term. And to stand up for what we believe in.”

In her speech, Ms Sturgeon will say that Westminster’s policy on migration is having a real impact on public services and the Scottish economy.

“Since the Brexit vote there’s been a huge drop in the number of EU nurses registering in the UK.

“And until just two days ago, a young student nurse from Paisley, a former member of the Scottish Youth Parliament, Denzel Darku, was being threatened with deportation.

“At first sight that beggars belief, but then you realise it was just the Tories being true to form – hostile to migrants and neglecting the NHS.

“Scotland is a welcoming country – our prosperity and our public services depend on it.

“If Westminster cannot or will not act in our best interests, it is time that our own Parliament was able to do so. It’s time for powers over migration to come to Scotland.”

The First Minister will also announce that the flagship £150m Building Scotland fund – the precursor to the Scottish National Investment Bank which was unveiled as part of this year’s budget – is “open for business,” with £70m to be invested in the coming year, including £25m to support at least 3,000 homes.

“Setting up a Scottish National Investment Bank is one of the most important steps that the Scottish Government is taking – it has the potential to put Scotland at the forefront of technological and environmental innovation and create jobs,” Ms Sturgeon will tell party delegates.

“Of course, it will take a couple of years to get the bank up and running – so to bridge the gap, we have announced £150 million over the next two years for a new Building Scotland Fund. I can announce today that this Fund is now open for business.

“To be clear – that’s 3,000 new homes over and above our existing target of 50,000 affordable homes over this Parliament.

“Boosting the economy now, preparing it for the future and building the homes that people need.”