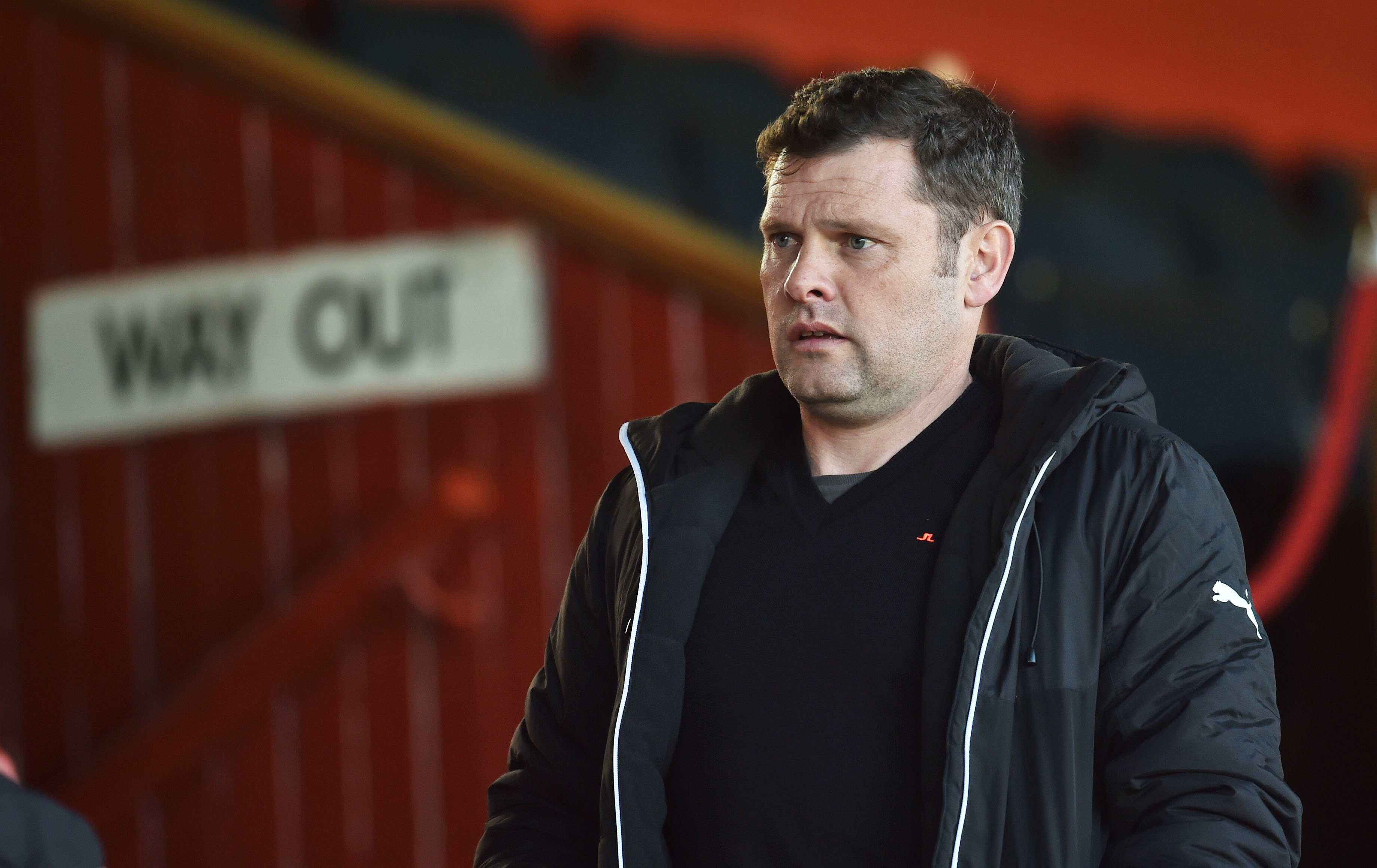 Graeme Murty has left his position as manager of Rangers (pic: SNS Group)

Graeme Murty has taken charge of his last Rangers game, the club confirming he has been “relieved of his duties as manager”.

The news comes 48 hours after the 5-0 thrashing by Celtic which clinched a seventh league title in a row for Brendan Rodgers’ side.

The Parkhead rout followed the 4-0 defeat in the Scottish Cup semi-final and was the final straw for the board who have acted with just three games of the current campaign left to play.

Murty was appointed as interim boss after the sacking of Pedro Caixinha in October and then given the role until the end of the season in January.

The 43-year-old leaves Rangers in third place in the Premiership, three points behind Aberdeen.

In a statement, the Ibrox outfit said: “Graeme Murty has this morning been relieved of his duties as manager of Rangers.

“Jimmy Nicholl and Jonatan Johansson will take charge of the team for the three remaining matches of the season.

“Rangers are grateful to Graeme, who did not hesitate when asked last October to become interim manager after the departure of Pedro Caixinha and then, at the turn of the year, when he was offered the role as manager until the end of the season.

“Graeme has had to contend with difficult and challenging circumstances but conducted himself in a thoroughly professional manner. He will take some time to consider his options, which include returning to his role at the Rangers Academy.

“Jimmy Nicholl and Jonatan Johansson have already started preparing the team for the match against Kilmarnock on Saturday and they will be in place for the two remaining fixtures, against Aberdeen and Hibernian.

“The club hopes to be in a position to comment further on the managerial situation in the near future.”