Bar to open in summer 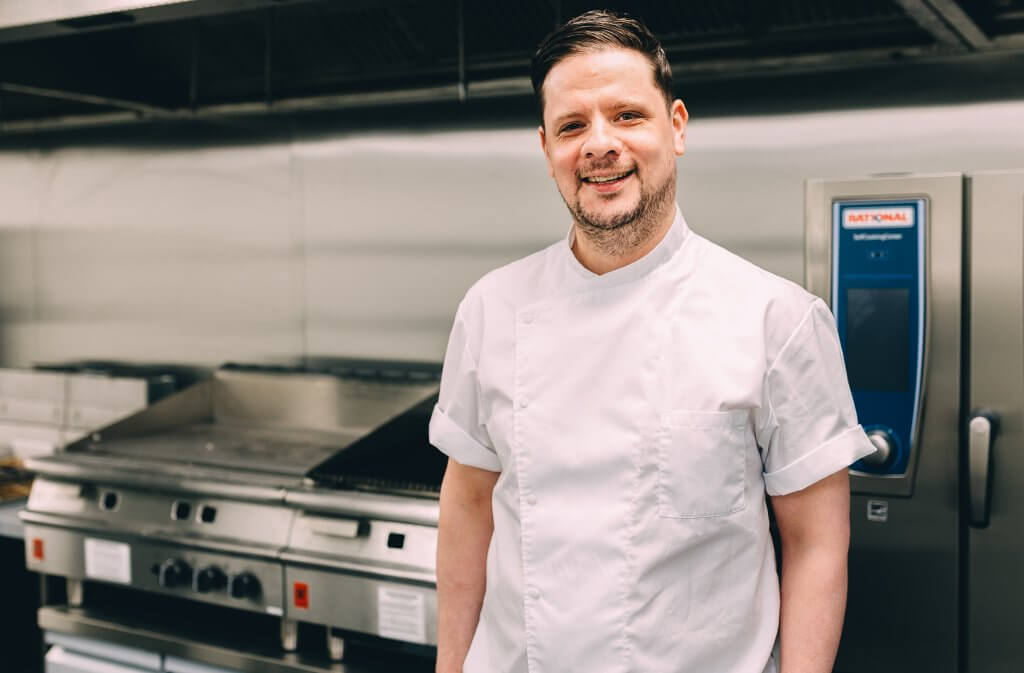 A finalist in Masterchef: The Professionals, Chris Niven, has been unveiled as executive head chef of a new Edinburgh restaurant opening in the former offices of The Scotsman newspaper.

The Scotsman Grand Café & Bar will be housed in the former advertising hall of the building on North Bridge.

Mr Niven is currently building his 15-strong kitchen team and developing a menu, which will showcase his love of dishes with bold flavours, made with seasonal Scottish produce.

The restaurant will open after an extensive restoration, which will bring the features of this Edwardian Old Town building – opened in 1905 as the home of Scotsman newspapers – into the modern age.

The Dundee-born chef, 34, trained in professional cookery at Dundee College and followed his passion for food with junior positions at a number of local hotels and restaurants before heading to St Andrews to work in the kitchens of the Golf Hotel, The Old Course Hotel and The Adamson.

He gained experience of menu development as Senior Sous Chef for the opening of Malmaison Dundee, before moving back to St Andrews for a spell at the two rosette restaurant at Rufflets Hotel.

He moved to Edinburgh to the Dalmahoy Hotel and Country Club as Executive Sous Chef, where he was in charge of two restaurants and up to 500 breakfasts each day. Latterly he has been head chef of the Printing Press Bar & Kitchen in Edinburgh’s George Street.

During his tenure there, he progressed to the final stages of the 2017 Masterchef: The Professionals TV competition – an experience he describes as ‘stressful but incredible’- given he was cooking for some of his culinary heroes including Marcus Wareing and Monica Galetti.

Commenting on this latest challenge, he said: “The opportunity to take the reins at The Scotsman Grand Café & Bar in this pre-opening phase and to have complete autonomy to develop the venue and its menus is one that I didn’t want to miss.

“There is no blueprint, so every dish is being designed from scratch and will be custom-made, with seasonality, flavour and sourcing at the heart of everything we do.”

Joining him will be Kenny Arnott, who takes up the role of general manager.