Emerging talent to be marked in beer honours 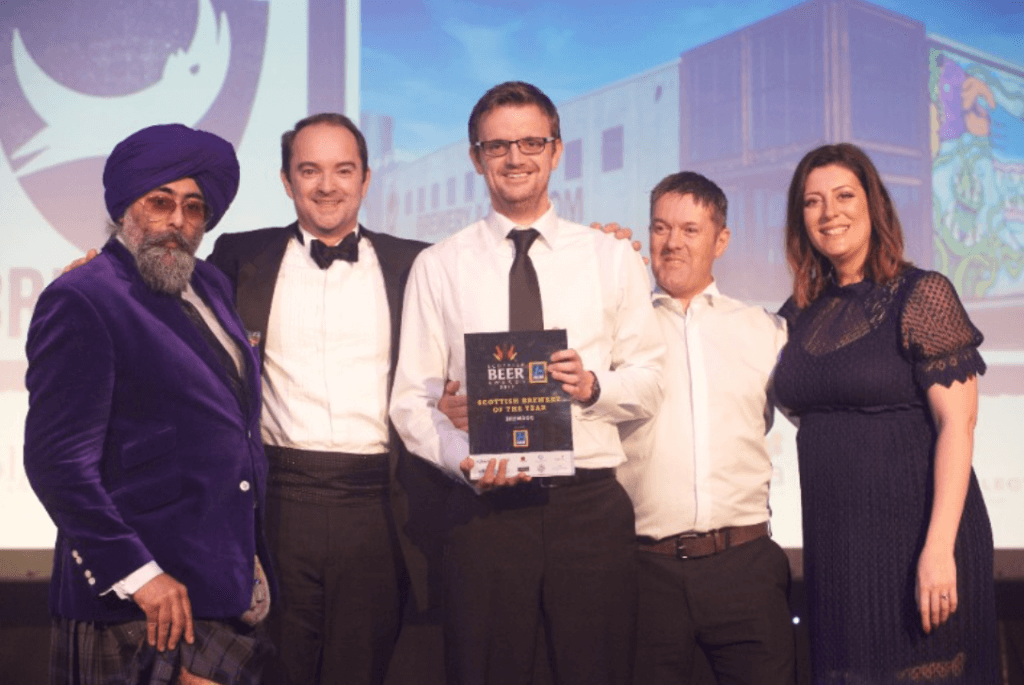 The national awards programme for Scottish brewing is set to champion emerging talent with the launch of a new category created in collaboration with ALDI.

The Emerging Brewer of the Year Award will be presented as part of the third annual Scottish Beer Awards and will identify a high performing individual who is showing promise through ability, enthusiasm and passion at an early stage in their brewing career.

The news furthers ALDI’s commitment to the Scottish brewing industry best illustrated in the delivery of their highly successful instore Scottish Beer Festival.

Graham Nicolson, Group Buying Director, ALDI Scotland: “The quality of beer being produced in Scotland at the moment is second to none and the industry continues to open up incredible career prospects.

“We’ve worked with the Scottish Beer Awards to create this new category in order to recognise and reward emerging talent. It is these individuals who will help to grow the industry further and ensure that the beer produced in Scotland is of the highest standard for years to come. We’re looking forward to seeing the shortlist and wish all applicants the best of luck.”

Entries in the Emerging Brewer of the Year category are invited as part of the popular awards which combines accolades for individuals, teams and businesses as well as the all-important taste categories defined in 12 beer styles.

Hilary Jones, chairman of the judging panel, commented: “Now in the third year of the Scottish Beer Awards, we continue to develop new initiatives to recognise and publicise outstanding achievements within this important industry.

“This new award will reward individuals who are relatively new to brewing but are already making a positive contribution to their company through creativity, entrepreneurial flair and delivery of results.

“It’s important that we take the time to recognise the next generation of brewers, to establish brewing as a prestigious career and mark out Scotland as a place to learn and develop the craft. Very many thanks to ALDI for supporting and shaping this very important award.”

Businesses who wish to nominate any of their staff are requested to fill in a simple entry form available on the Scottish Beer Awards website.  It is free to enter and breweries have until Friday 27 April to complete their entries.

The deadline for entries is Friday 27 April and finalists will be announced in June, following the judging panel’s deliberation.