New club is targeting Premiership by 2025 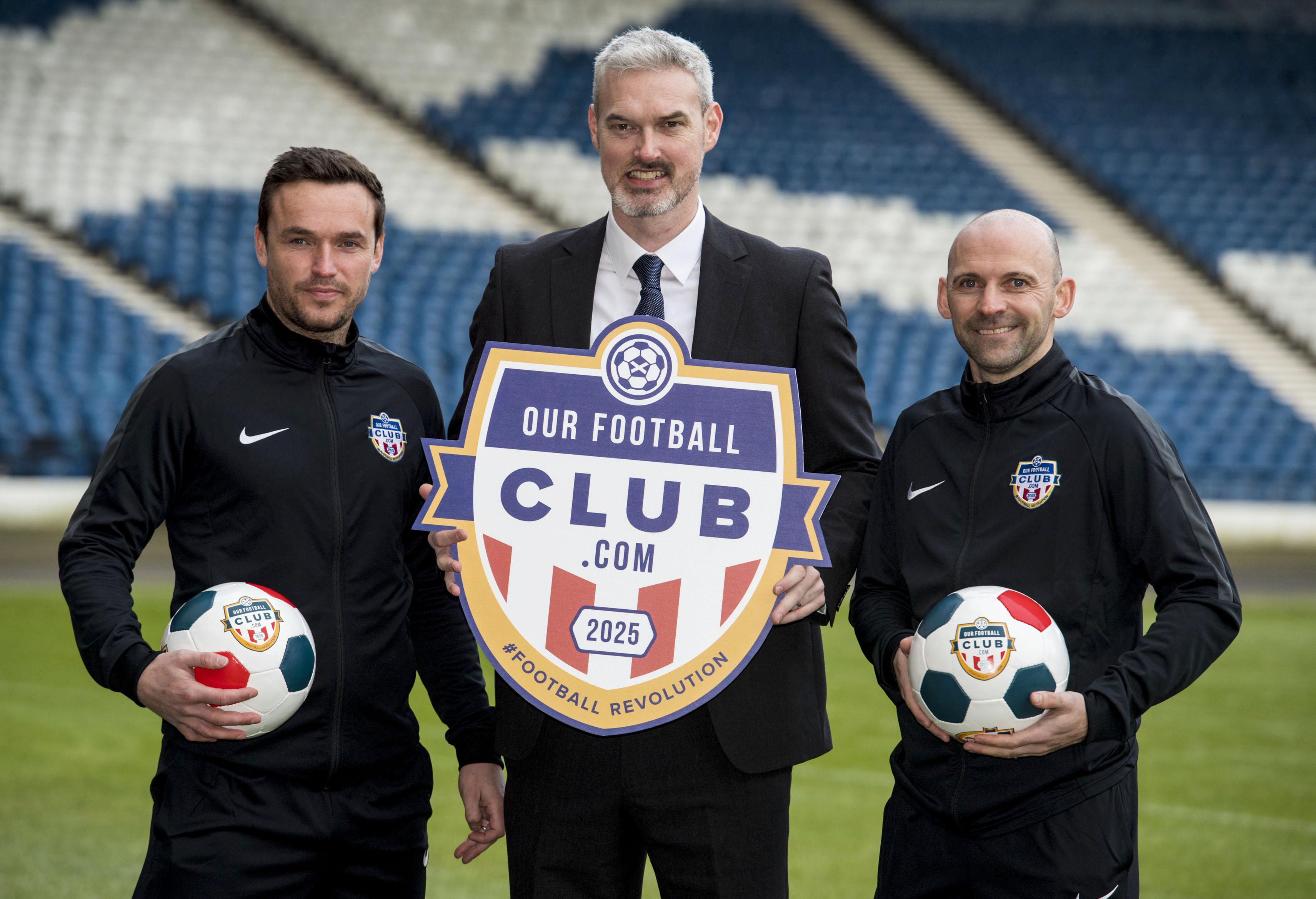 Football fans across the world are being given the chance to run their very own club thanks to a pioneering project launched by Scottish Lowland League club Edusport Academy.

For an annual membership of just £25, ‘Revolutionaries’ will gain unprecedented access to a senior club which has ambitions to reach the Scottish Premiership by 2025.

The ground-breaking ‘OurFootballClub.com’ initiative will allow supporters across the globe to choose the team name, recommend signings, vote on the strip, elect board members for season 2018/19.

When the new club reaches 10,000 members, £50,000 will be donated to grassroots football in Scotland with the membership deciding where the money should be channelled.

Ex-Motherwell player Ewing hopes to provide members with the world’s most innovating fan experience, while also giving something back to the game.

“Having been promoted from the Lowland League, our business model is evolving,” said the Edusport Academy managing director.

“What started off in 2011 as a private football academy has evolved into a football club with full membership of the Scottish FA playing in the fifth tier of Scottish football, just one step away from professional football.

“The business model that was originally set up is now maybe not best placed to support the ambitions of the football club and that is what lead me to think of alternatives. I think the OurFootballClub.com model is a good alternative, something new and exciting and creates a football club for the modern generation of football fan.

“We want this to be the most innovative fan experience in the game. We aim to offer the best and most immersive supporter experience in world football, which is exactly what we feel the game needs.

“We are progressive, inclusive, and are looking to build and engage with an online community of passionate and knowledgeable football fans. Together, we can achieve great things, such as our primary aim of reaching the Premiership (and beyond) by 2025. ”

He added: “Our Football Club is the name of the project which allows members of the public to buy a membership, then begin making decisions that affect the real Edusport Academy Football Club.

“It is essentially a supporters group with a real difference – it gives its members unprecedented control, including the ability to re-name the team, design the strips, scout new players, select the board and much more.

“Some people may say it is crazy to target promotion to the Premiership by 2025 but I would counter that by saying it’s crazy to do the same thing year upon year and expect a different result. That’s what a lot of the clubs are doing in leagues 1 and 2, going through the motions every year and getting the same outcome.

“We’re challenging the status quo and have the chance to do that as we are a new football club and not hindered by anything. What we are trying to do is provide a service and I feel now is as good a time as any to get involved. The national team has failed to deliver for a number of years, there is an apathy towards the Old Firm and across Scottish football as a whole. It’s about using people’s passion for football as a catalyst for positive change.”

Part of Edusport Academy’s ambitious plans include securing a permanent home, likely to be in central Scotland, with the club hoping to make a further announcement in the months ahead.