Miigen adds FD ahead of fund-raising 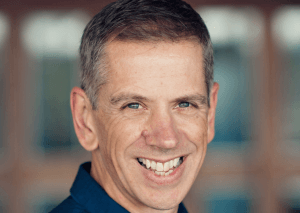 Miigen, the social platform for senior citizens, has strengthened its top management team as it moves towards a £1 million fund-raising round.

Alasdair McGill (pictured), who has held board positions in a number of major enterprises as well as top-level academic posts, has been appointed finance director.

He recently joined the Scotland-based platform although he has been working closely with the company since September.

His role will expand as Miigen continues to grow and he will continue as co-founder and managing director of Ashton McGill, his Dundee-based accountancy and consulting business.

Mr McGill qualified as an accountant and worked with EY before taking up a Financial Controller post in a client firm and becoming Group MD. He has built and sold businesses and specialised in design.

He said: “I have known Miigen co-founder Craig J Lemmon for several years. We are both members of Entrepreneurial Scotland and I have been aware of what Craig has achieved in a number of spheres.

“I like and appreciate what Miigen does. I have ageing parents and the way Miigen helps older people to reconnect with their lives – and stay connected – makes it a really powerful and valuable tool.”

Mr Lemmon said: “We are absolutely delighted to have been able to attract someone of Alasdair’s calibre to join the team and help us on the next stage of the Miigen journey.

“Although Alasdair’s core role will be his Finance Director responsibilities, he has unrivalled commercial experience at senior levels and he understands very well what it takes to start, run and grow a business.”

Miigen has already raised £250,000 from its network of business contacts and is now actively engaged on the next funding round which will raise £1 million, most likely through controlled crowdfunding.

The company’s platform enables older people to create a digital time capsule. It has created a key to the store room of senior life memories.

The company is targeting a demographic of more than 600 million social media consumers over the age of 50. It is supported by Scottish Enterprise.