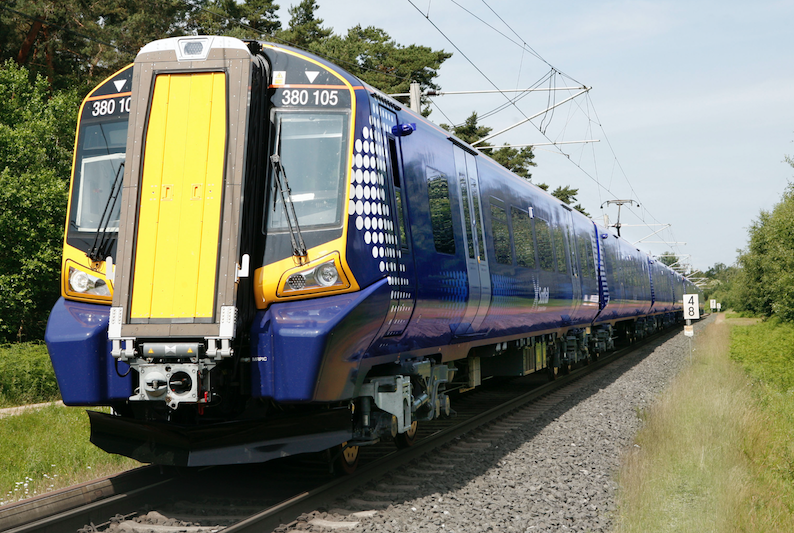 Rail travellers will benefit from more seats on the Edinburgh-Glasgow service via Falkirk High as electric trains run on the route for the first-time.

Following Network Rail’s electrification of the line, ScotRail will introduce Class 380 electric trains from its existing fleet from Sunday (10 December).

They will operate ahead of new Hitachi Class 385 trains being introduced next year.

ScotRail Alliance managing director Alex Hynes described it as “another key stage” in the restructuring of the network.

The seven-carriage Class 380 electric trains to enter service on Sunday will also offer some faster journeys.

The trains produce 85% fewer CO2 emissions per seat than the diesel trains being replaced.

Humza Yousaf, Minister for Transport and the Islands, said: “The introduction of electric services is a key milestone in the Edinburgh – Glasgow Improvement Programme and yet another sign that our £5bn investment to 2019 is helping build the best railway Scotland has ever had.”

Linkedin
Alex Hynes, Class 380, ScotRail News, Consumer & Retail, Scotland No Comments » Print this News
Stars come out for Sleep in the Park Previous News
Next News Homes for homeless ahead of Sleep in the Park