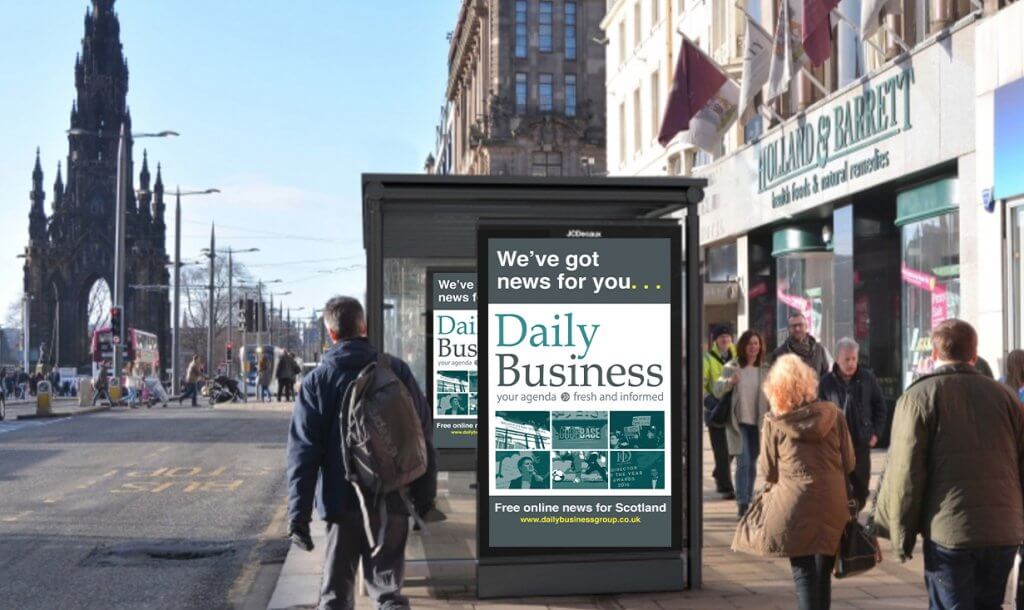 Daily Business, the online news service, has launched an advertising and social media marketing campaign as it moves to the next stage of its growth plans.

The promotion, which marks the forthcoming third anniversary of the site’s launch, aims to enhance brand awareness and boost traffic.

It will include advertising on 24 bus shelter screens in Princes Street, Edinburgh, the TransVision screen on the Edinburgh Waverley rail station arrivals and departures board, and targeted mobile phone users in Edinburgh and Glasgow.

The advertising programme, through JC Decaux, will be supported by a social media campaign led by Edinburgh-based Supersize Media, which will manage and upgrade the Daily Business accounts. This will include advertising on various social networks.

Daily Business Ltd launched in Edinburgh in September 2014 as the registered company for the Daily Business Group. This comprises the Daily Business news website (which went live in early November that year) and DB Media Services, which includes commercial operations such as advertising and corporate partnering, together with third party services including photography, media training, copywriting and communications services.

A number of writers, agency workers, IT, commercial and marketing consultants now contribute regularly to the site’s content and operations. 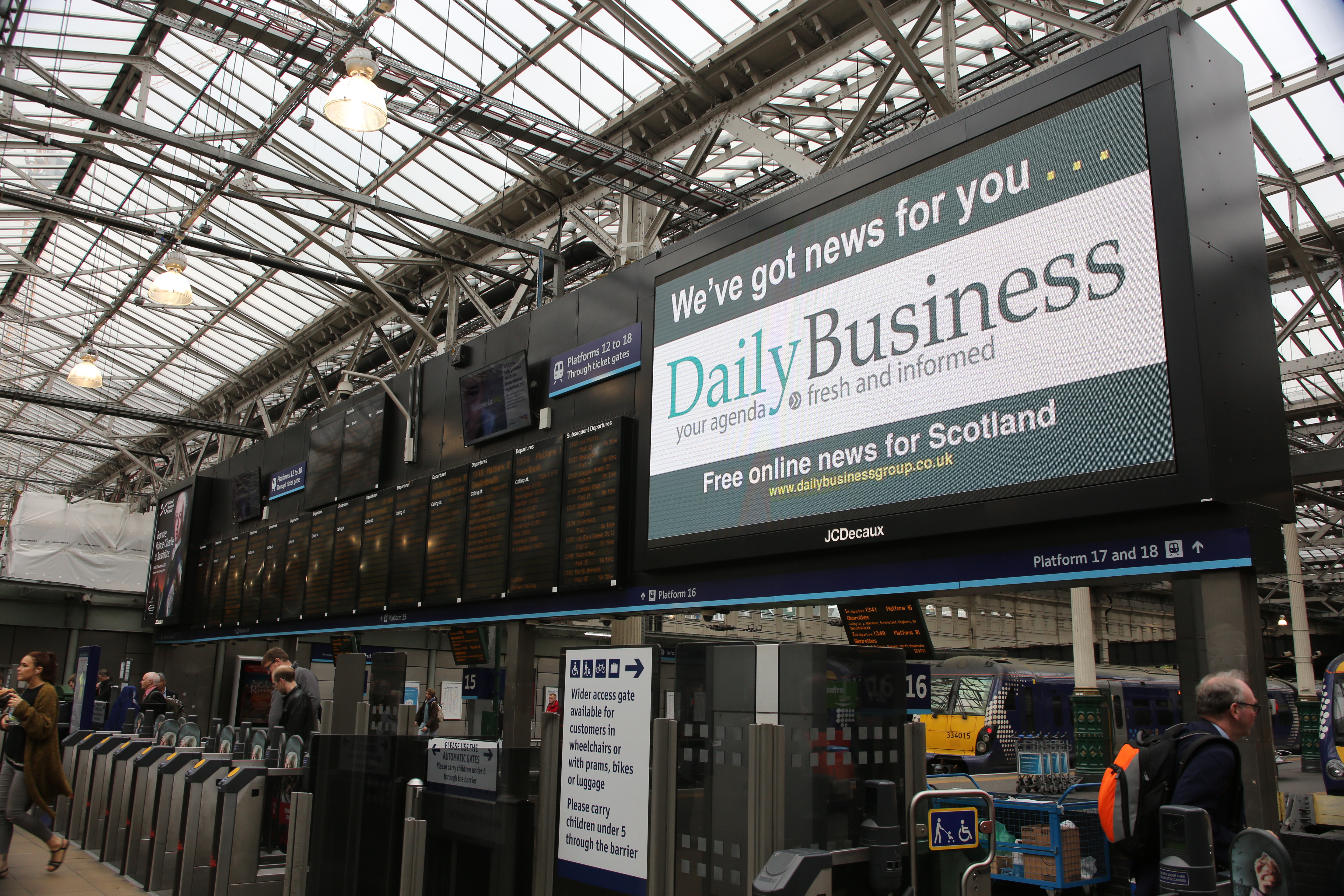 “Daily Business has quickly become established as the go-to source for the day’s breaking business news and it is now time to move to the next stage of development.

“The business is expanding editorially and commercially and as founder I am to grateful to the growing number of corporate partners, advertisers and donors who have supported the company’s growth and are helping it to remain a free-to-access service.

“I believe it is becoming an increasingly investable proposition with a huge opportunity to scale up operations.

“Daily Business is headquartered in Scotland and it is important to the country that it has its own indigenous media. It is also a modern digital company and therefore part of the emerging digital economy.”

BBC chiefs in London agreed to include news websites in the daily review of the day’s headlines following a campaign by Daily Business. This is yet to be implemented

Daily Business exclusives in 2017 have included: