Health board sells hospital to developer 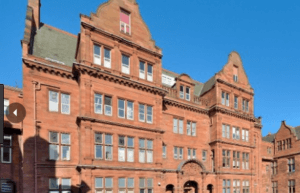 Health board bosses have struck a deal with a property developer for the Royal Hospital for Sick Children in Edinburgh.

NHS Lothian has sold the building near the Meadows to Liverpool-based property developer the Downing Group for an estimated £20 million.

The decision has angered the community group – Marchmont and Sciennes Development Trust (MSDT) – whose application has been rejected.

Residents living close to the Victorian hospital wanted Scottish ministers to give them first refusal to purchase it under new urban ‘community right to buy’ laws.

A spokesman said they were “gutted” that its application had not even been judged by the Scottish Government.

This application was considered by many as an ‘acid test’ for the new urban right to buy laws.

The hospital’s proposed move to Little France has been hit by delays, with the Royal Hospital for Children and Young People and Department of Clinical Neurosciences originally scheduled to open this autumn.

The project is now expected to be completed no earlier than May.