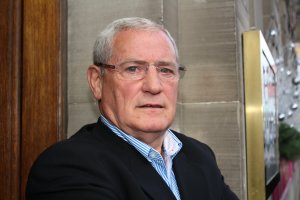 A Scottish electrical engineering firm is faced with closure this week over non-payment of a multi-million pound bill.

Power One Group says Galliford Try Infrastructure owes an estimated £3.7 million for the fitting of energy-saving LED street light columns and bulbs in Northumberland for the county council.

Daily Business has learned that Galliford Try executives have agreed to meet with representatives of the Paisley-based business and the council on Thursday.

Power One, which has a turnover of about £6.5m won the £9m contract to both replace and install 46,000 street lights with LED systems

But main contractor Galliford Try has not yet paid an outstanding bill despite losing an independent adjudication.

Galliford Try is also said to have tried to cut the final amount to be paid.

Power One, which employs about 60 staff, will be represented at a meeting in Morpeth by Scots businessman Ken Lewandowski (pictured) who has campaigned for tougher legislation to combat late payments.

“This is a practice that has to be stamped out,” he told Daily Business. “It is something that governments in Scotland and Westminster need to step into.”

He said that he hoped Galliford Try Infrastructure, based in York, would at least make an interim payment.

It is understood that the invoice factoring company which has been used by Power One is no longer providing cover.

“Unless the company can raise cash quickly it will close as they will not be able to pay wages on Thursday,” said Mr Lewandowski.

A Galliford Try spokesman said: “The total value of our contract with Power One is £9m and, to date, we have paid them £6.8m of this sum in line with the terms of the contract.

“We are currently liasing closely with Power One and their advisors to agree terms of payment for the balance. The project is due to complete in early 2018.

“We have consistently assisted Power One with their cashflow throughout the project and continue to do so. Galliford Try’s policy is always to deal fairly with subcontractors, suppliers and clients.”