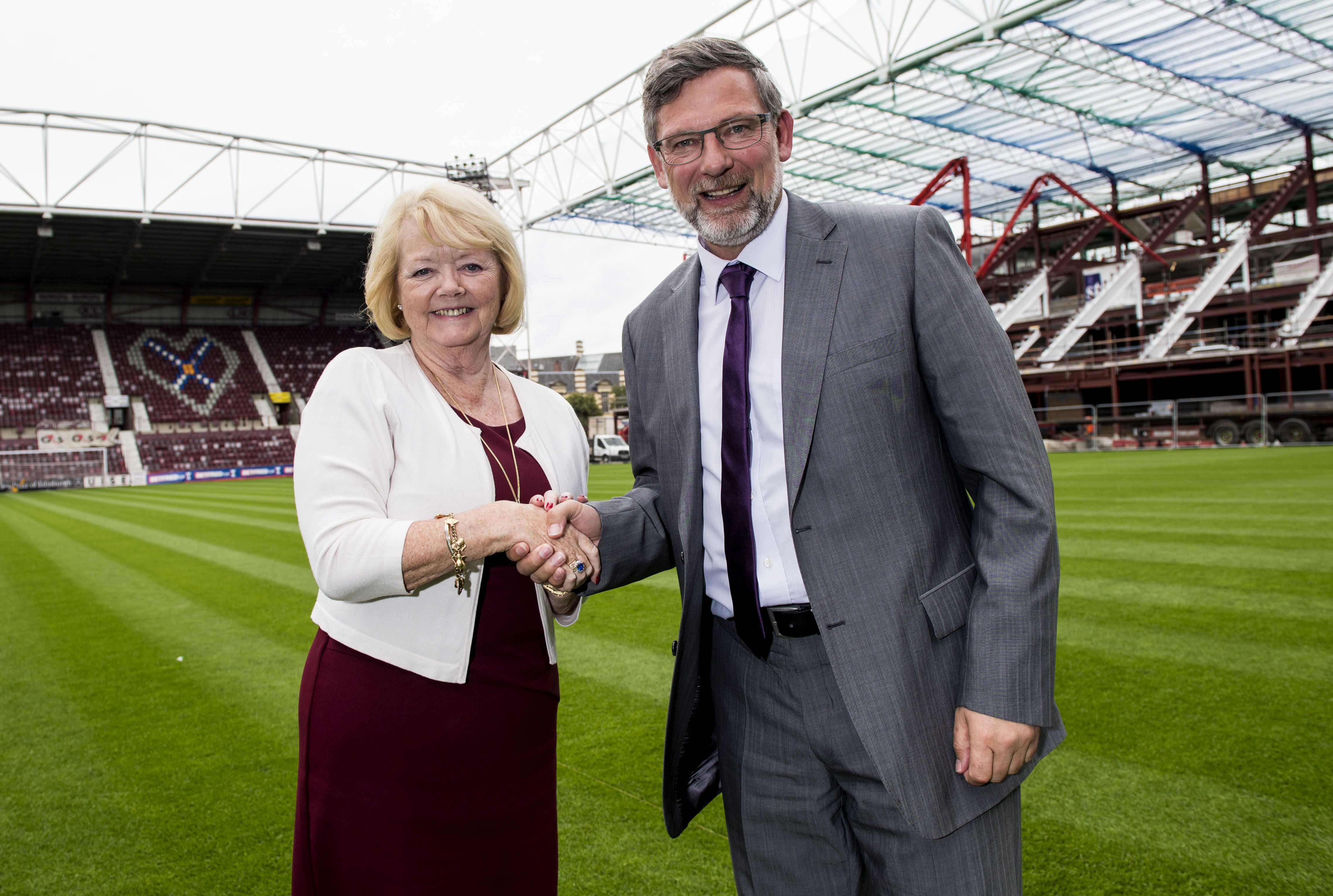 As he begins his second stint as manager of Hearts, Craig Levein has insisted that combining the role with that of director of football at Tynecastle will not be a problem.

Levein’s appointment as Ian Cathro’s successor sees him return to the dug out for the first time in five years and he’s convinced the time is right for him to adopt a more hands-on approach after overseeing the restructuring of the football department.

“There is a moment when it is right and that is now,” said Levein, who enjoyed a successful four-year spell as manager of the club from 2000-2004. “Bringing stability back to Hearts was the key.

“The club is in a fairly healthy place. In my role as director of football over the past three years I have been able to build the club back up to where it is just now and I think it’s in very good shape.

“That means it is possible to do two things at once.

“When I arrived here three years ago as director of football, the job then is completely different to the job now. There was an awful lot of work to be done to build up the infrastructure throughout the club, not just in the football department.

“As such, a lot of the departments in the football department are run by very good people.

“Part of this process involved Ann being absolutely certain I was capable of doing two jobs and I think the football department itself is in such a good place, that I said I could do that.”

Pointing to his experience at Tannadice when he successfully combined both jobs, the former Scotland boss said: “I did it at Dundee United where I was director of football and manager for two-and-a-half years.

“This was a far bigger job to get the club back to where it needed to be. As time wore on, I started to think ‘this is looking better, the club is running much better and all the departments have good people in charge of them’.

“That allowed me to start thinking again whether this was something I wanted to step back into.

“I miss being out there, miss the pressure of standing out there being 4-2 down to Hibs two minutes into injury time! That’s why I wanted to get back.

“The two things coincided. Now I have responsibility for all the results, not just the defeats. And that’s a big thing for me.”

Levein, who also sits on the board of directors, has signed a three-year agreement and will be assisted by No. 2 Austin McPhee.

The unveiling of Levein ended a four-week search for a new manager and Mrs Budge defended the length of time taken to make the internal appointment.

She said:  “If we had made a quick appointment, we would have been crucified for not looking and thinking things through.

“There was no need for us to rush, we knew we had four away games then the international break. I refused to be rushed as it was a big decision.

“We looked very seriously at bringing someone in from the outside and had to give that due consideration. At the beginning of the process we looked at whether it was a young coach we give an opportunity to, or an experienced coach.

“We are in a fairly unique situation this season with something like nine away games before we play any home games. I was a bit concerned that would be a bit of a poisoned chalice for a young, inexperienced coach because if you are developing young people, you want to give them a chance to succeed.

“You don’t want to load them with too heavy a challenge.

“The first decision we took was to go for experience, given everything that is going on.

“We had a set of selection criteria and after going through the interview process and the directors were sitting discussing it, we agreed nobody actually fitted the criteria except Craig.

“My only reservation was could he do both jobs so I had to be sure myself it was the right thing for the club and wouldn’t be leaving gaps somewhere else if Craig’s focus changed.”