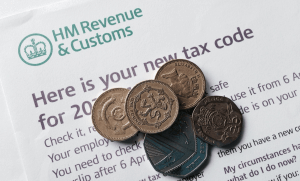 Small businesses and landlords were given extra breathing space today when the Treasury announced a delay to the new digital system for keeping tax records.

Some of the smallest businesses will be able to opt-out from the new system altogether.

There have been complaints that the Making Tax Digital programme, part of plans to modernise the tax system, was being ushered in before businesses and advisers were properly prepared.

Ministers have now accepted demands from business representatives, MPs and tax experts to postpone its introduction.

The government said it had “listened to concerns raised by parliamentarians, in particular the Treasury Select Committee, businesses and professional bodies about the pace of change and is taking steps to ensure a smooth transition to a digital tax system.”

Mel Stride, Financial Secretary to the Treasury and Paymaster General said: “Businesses agree that digitising the tax system is the right direction of travel. However, many have been worried about the scope and pace of reforms.

“We have listened very carefully to their concerns and are making changes so that we can bring the tax system into the digital age in a way that is right for all businesses.”

Under the new timetable:

Making Tax Digital will be available on a voluntary basis for the smallest businesses, and for other taxes.

This means that businesses and landlords with a turnover below the VAT threshold will be able to choose when to move to the new digital system.

As VAT already requires quarterly returns, no business will need to provide information to HMRC more regularly during this initial phase than they do now.

All businesses and landlords will have at least two years to adapt to the changes before being asked to keep digital records for other taxes.

HMRC said it is fully committed to supporting businesses in this transition. It has already begun piloting the new service and will continue to test the system extensively with businesses.

Ministers also confirmed today that the Finance Bill will be introduced as soon as possible after the summer recess. This will legislate for all policies that were included in the pre-election Finance Bill, raising over £16 billion across the next five years to fund public services.

The government has also re-confirmed that all policies originally announced to start from April 2017 will be effective from that date.

Changes to VAT reporting will come into effect from April 2019. From that date, businesses above the VAT threshold have to provide their VAT information to HMRC through Making Tax Digital software.

Millions of businesses are already banking, paying bills, and interacting with each other and their customers online. Making Tax Digital will help businesses to get their tax bills right the first time and reduce the £8 billion tax gap resulting from avoidable errors.

Commenting on the announced changes, Andrew Hubbard, tax consultant at RSM said: “It became increasingly obvious that the proposed timetable was unrealistic.

In the end, HMRC had little choice to postpone given the level of pressure they were under from the Treasury Select Committee and the accountancy bodies, not to mention the genuine alarm being expressed by affected businesses.

“Bearing in mind the Revenue needs to make sure that the new Customs Declaration Service is up and running before Brexit, the MTD initiative was simply one project too far.

“Today’s announcement will give HMRC some much needed time to concentrate on building the system successfully, and to make it so attractive that businesses will actively want to sign up.

“After 2020, the system will achieve sufficient critical mass that it will be made compulsory. For now though, businesses will have a choice as to the timing. As a result, there will be a lot of accountants and small business owners who will today be breathing a huge sigh of relief.

“We remain of the view that the core philosophy underlying MTD is the right one to pursue, and that eventually taxpayers, agents and HMRC will see the benefit of digital interaction with the tax system. If the system is as effective as we all hope, individuals and businesses will not need compulsion but will want to adopt it.”