Neil Woodford was forced to stand down

Aberdeen Standard Investments has confirmed that it will take over as investment manager of one of Neil Woodford’s funds.

As predicted last week it has been appointed by Link Fund Solutions to handle the LF Woodford Income Focus Fund.

ASI ended speculation over its continuation as a standalone brand by saying it will be renamed LF ASI Income Focus Fund.

Dealing in Woodford Income Focus has been suspended since manager Neil Woodford was forced to resign ahead of the closure of his Woodford Investment Management business.

The £267.6 million fund will be managed by UK Equity Income fund managers Charles Luke and Thomas Moore. They will be supported by the 16-strong UK equity team which is led by Andrew Millington.

ASI said its priority is to reposition the portfolio “as efficiently and effectively as possible” for the existing shareholders.

The aim is to re-open the fund no later than February. ASI, LFS and Northern Trust Global Services SE (Depositary, administrator and custodian for the Fund)  have all agreed to waive their fees until 31 May 2020. The Fund will be open on the same terms to new shareholders also looking for exposure to a UK equity income portfolio.

The LF ASI Income Focus Fund will be a high conviction portfolio of around 30 liquid UK equity holdings.

In a statement it said: “As active equity investors, the team believes company fundamentals ultimately drive share prices but are often valued inefficiently in the shorter term.” 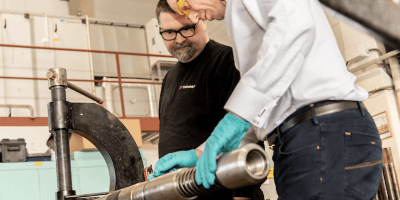