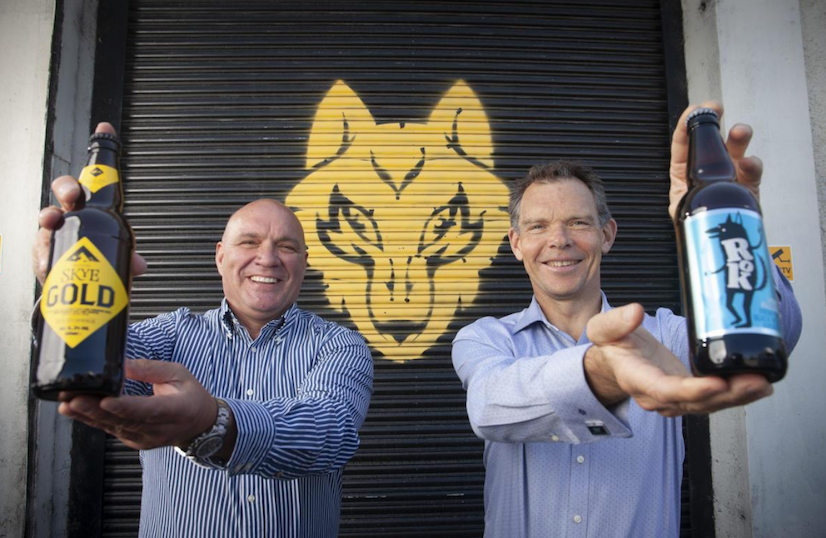 Isle of Skye Brewing Company has acquired Black Wolf Brewery and its beer brands from VC2 Brands which will now focus on its fast-growing Boë Gin brand.

The two companies will retain current operations in Uig and Throsk, near Stirling and have a combined staff of 21. The move will provide the Skye-based firm with its own bottling facilities for the first time.

It said that the six-figure deal means it can beef up its expansion south of the Border and grow further into Europe and the US.

Kenny Webster, managing director of Isle of Skye Brewing Company, said: “The purchase of Black Wolf Brewery from our friends at VC2 Brands is a hugely positive move for both businesses.

“For Skye Brewing in particular, by having our own owned bottling facilities, we’ll be able to meet current growth demands and look at additional opportunities.

“Skye Brewing has gone from strength to strength since the first brew back in 1995. We look forward to bringing a taste of the island to more people as we increase production thanks to the new deal.”

Isle Of Skye Brewing was founded in 1995 and was bought by Mr Webster in 2013 who rebranded it and introduced new lines. Sales of its range of 12 ales, including Skye Gold, Red, Black, Blaven, Yer Ben, and new Skye Craft lager, have trebled in that time. Turnover was £1.14 million in 2017 and £1.35m last year.

Graham Coull, director of VC2 Brands, said: “We’ve worked with the team at Skye Brewing Company for a number of years and the deal we’ve brokered will secure the longevity, growth and future for both brands and wider businesses.

“This sale allows us to focus more on the Boë Gin brand which is growing very rapidly.”