Dundee spin-out ‘could be Scotland’s next unicorn’ A Dundee University spin-out could be Scotland’s next unicorn – a company worth more than $1 billion.

A new report says a rival to life sciences business Exscientia was recently valued at twice that figure.

Exscientia uses artificial intelligence to automate drug design and was valued at £100 million following a funding round last year.

Since then it has secured several deals with global pharmaceutical firms, including a collaboration with Roche worth £53.5m, a partnership with American biotech firm Celgene, and other deals with Evotec, Sanofi and GSK.

A new report by equity analyst Ian Jermin of Allenby Capital noted that a “similarly-sized” rival to Exscientia was valued at $2.1bn (£1.6bn).

The analysis states: “Together these collaborations offer the potential for Exscientia to earn at least circa £320m in upfront and in some cases milestone payments but do not include future royalties on any successful products resulting from the collaborations.”

The report said Exscientia could be worth more than £1bn if it floated, “taking this into account and the $2.1bn valuation of direct competitor and similarly-sized Benevolent AI”.

Founded by Professor Andrew Hopkins, pictured, Exscientia has as an office in the Technopole incubator off Hawkhill and opened an office in Oxford in 2017. 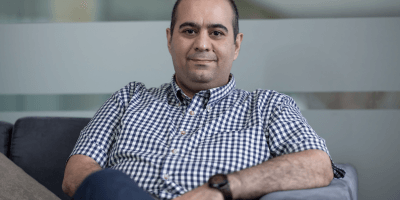