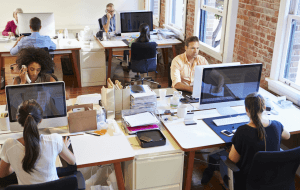 Companies which have failed to declare their pay gap between male and female employees are facing possible legal action.

Some 2,500 firms have still to declare before tonight’s deadline and the Equality and Human Rights Commission says it is ready to act.

Under a new law, companies, charities and public sector departments of 250 employees or more must publish their gender pay gap figures. The first set were based on a snapshot taken in April 2017, and the most recent data relates to April 2018. Public sector organisations had to report by 30 March, and charitable and private firms by 5 April.

The EHRC said it will take enforcement action against companies that do not comply. Chief executive Rebecca Hilsenrath said: “Gender pay gap reporting is not optional. It is a legal requirement and there’s simply no excuse for employers failing to comply with the regulations this year. We will be taking enforcement action against all organisations that have not filed by the deadline requiring them to report immediately.

“Employers that don’t report on time not only risk enforcement action and potential financial penalties; they are letting down the women who work for them. They should be prepared for an unhappy workforce and potential reputational damage.

Airlines and banks, including RBS, dominated the list of firms with the largest pay gaps, though some firms said the gap was a result of men traditionally undertaking more senior or industrial jobs.

British Gas has a pay gap of 37.5%, but its owner, Centrica, said: “Our gender pay gap is not due to unequal pay. It is driven by a greater proportion of men in traditionally male-dominated and higher-paid technical roles, such as gas and electrical engineering.”

Easyjet had the largest pay gap, according to reported data, at 47.9%. It said last month that the gap had widened as more female cabin crew had been recruited and because the airline’s pilots are male.

Barclays Investment Bank, Lloyds Bank and Clydesdale Bank had some of the biggest gaps.