Edinburgh shamed for having UK’s most potholed roads 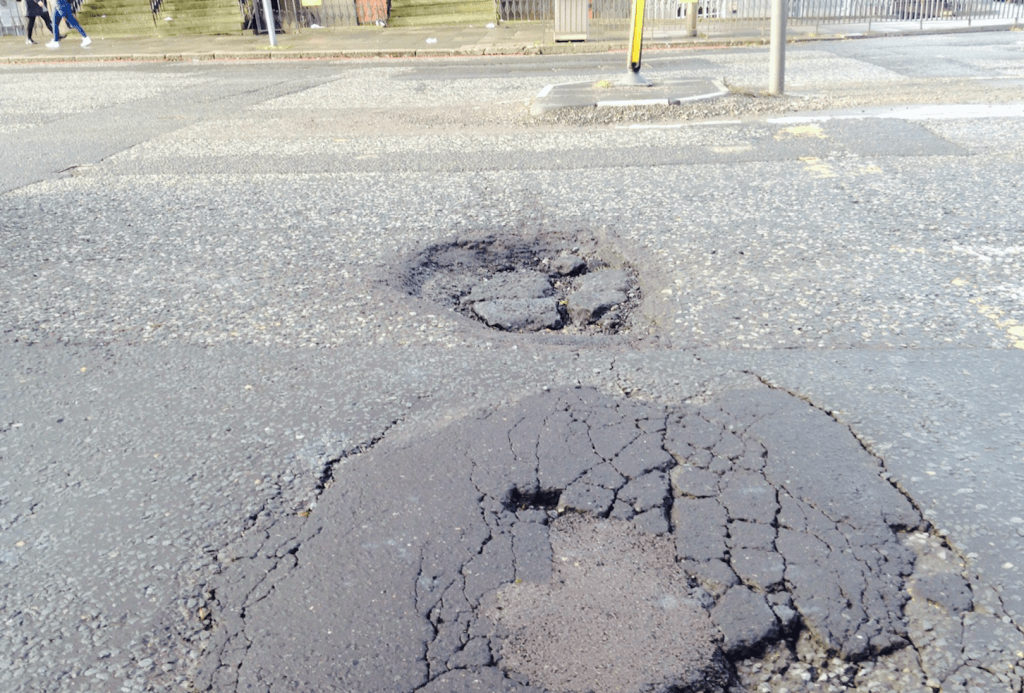 Edinburgh has been declared the pothole capital of Britain with Scottish locations accounting for three of the top five worst roads in the country.

A nationwide survey has revealed that Edinburgh had 73 potholes per km of road reported on average from January 2015 to April 2018. Dundee was second with 69 while Fife was fifth with 30. Dumfries and Galloway was 10th with 17.

By contrast, London and Greater London generally had impressively low pothole numbers as did several small islands such as Shetland, Orkney and the Isles of Scilly.

The research found that almost a million potholes have been recorded by local authorities on Britain’s roads each year since 2015 with 1,088,965 potholes being reported in 2016.

This data was obtained following a Freedom of Information request by The Insurance Emporium to 205 local authorities, 175 of whom responded.

The research also looked at the incidence of injury and damage claims made against local authorities by cyclists who came a cropper on potholes whilst out on the road.

During 2017-18, some 335 pothole damage and injury claims were filed against local authorities.  Personal and dental injuries to cyclists accounted for 16% of these, and damage to the bike 26%.  The chances of successfully claiming for damage or injury after hitting a pothole seem pretty low however, with just 9% prevailing.

Cheshire East Council had the highest overall number of claims made against it for pothole-related damage and injury – 46 such claims since 2015.  Hampshire County Council was next highest at 37.  Manchester City Council and Tower Hamlets Council came third highest with 30 claims each.

Professor Nicholas Thom of Nottingham University, and UK pothole expert, said: “Potholes are not an inevitable fact of life.

“They are caused by water that gets into the road surface and is then squeezed by the action of high tyre pressures, made worse by freezing and thawing. Very impermeable surfaces, such as hot rolled asphalt, are extremely pothole resistant but they are more expensive and less nice to drive on.

“More permeable surfaces, as permitted by Highways England and most local authorities, are cheaper and nicer to drive on – until they fall apart and form potholes.

“So the number of potholes per kilometre on a given authority’s roads depends not only on the repair budget, repair strategy, and the climate – frosts are bad news – but also on a historical policy choice, namely what surfacing materials to use.  It is a choice that badly needs to be reviewed.”

LAs with Highest Number of Potholes 2015-2018 per KM managed